Pope Benedict's Real Message Is In It's Targeted Audience 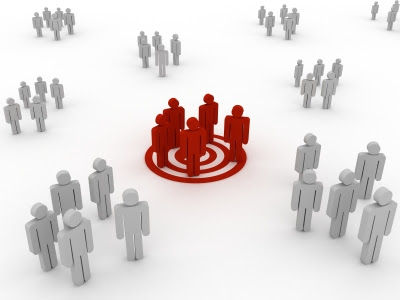 Pope Benedict has a very small target group in mind for his Catholic message and doesn't seem to be overly concerned that it misses most of his flock in the West. What is that about?

I've been wondering lately what it is about Pope Benedict's recent homilies, especially those he gave for the end of the Year of the Priest, which has left me feeling completely alienated. It's not just the message. It's more than that and this feeling has been building for a long time.

When broken down effective communication has three components, the message, the messenger, and the audience. Usually the message is the key component and it's effective transmission is facilitated by the passion of the speaker and the ability of the audience to hear the message. My problem with Benedict lies in all three areas, but the most critical factor is the last of the three. I am not in the audience Benedict is addressing. He is tailoring his message to a very specific audience and in language which is designed to appeal to that very specific audience. He is purposely preaching to his theological choir, which means he is purposely ignoring the vast majority of Western Catholics. He is leaving no hope of any dialogue with anyone who is not in his choir.

Benedict is not preaching the universal Good News of Jesus Christ which Jesus intended for all mankind. He is preaching a version of Roman Catholicism which purposely cuts out the vast majority of the West. It's as if he has single handedly judged the vast majority of the West has already condemned itself to hell and no longer deserves the Church's attention or concern.
Benedict is not evangelizing anyone. How do you evangelize when you only address those in your fold? How do you spread the Good News when you use language designed to reinforce the views of your chosen fold by demonizing those not in the fold? What Benedict is doing is hardly Christ like. It's not preaching. It's more like cheer leading.
And sometimes the blame game he engages in is subtle. Take for instance this frequently cited quote from his recent homily to the the gathering of priests in Rome:
"It was to be expected that this new radiance of the priesthood would not be pleasing to the "enemy"; he would have rather preferred to see it disappear, so that God would ultimately be driven out of the world.
And so it happened that, in this very year of joy for the sacrament of the priesthood, the sins of priests came to light – particularly the abuse of the little ones, in which the priesthood, whose task is to manifest God’s concern for our good, turns into its very opposite."
What he is ever so subtly saying is that the victims who came forward were the tools the devil used to attack the 'new radiance of the priesthood'. He is re blaming the victims for bringing shame to the priesthood. I guess if these victims weren't under the control of the 'enemy' they would have waited until after Benedict was done with his year long priestly PR campaign.
I'm getting tired of this notion that popes can't admit personal mistakes without influencing the aura of infallibility surrounding the papacy, and by extension the Vatican and bishops and everything they say and do. I can't ignore the historical fact that they themselves were the only ones who assigned such status to themselves. Maybe that's exactly why Benedict's message is targeting such a limited audience in Western society. Not too many people living in Western democracies actually buy into the notion of the self appointed divine king. Not even the corporate version as BP's Tony Hayward is finding out.
As long as Benedict continues to occupy the Chair of Peter it's pretty obvious he will continue to preach to a very limited Catholic audience in the West. His eyes are most certainly on the South and he is making a very obvious attempt to keep the South in a Colonial form of Catholicism by damning most of the cultural progress of the West. The same phenomenon is happening in the Anglican Church now that Rowan Williams has opted for unified central authority as more important in Anglicanism than local expression.
So who benefits by underscoring obedience to and dependence on unelected centralized authority? Certainly not Jesus who taught service to others as opposed to power over others. The Tony Hayward's of the world most certainly do. The opulently housed and clothed colonial clerics most certainly do. Those who aspire to that kind of material wealth and power most certainly do. In the end that's the message I personally got from the 'Year of the Priest'. Pope Benedict's Catholicism is still all about reserving power to celibate males and keeping clerical privilege in tact. As long as that message supports the exploitation of humanity it will find plenty of economic support. Benedict still believes clericalism will be able to sustain itself. That may prove to be a papal error of historic proportions and disprove infallibility once and for all.