Priestly Celibacy As The Antidote To Secularism 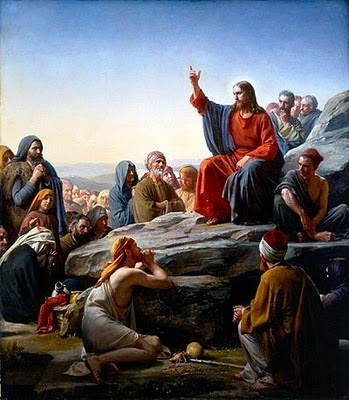 Catholicism's first coach gives his players the game plan and it doesn't seem it involved celibacy.

In a recent Zenit article, Cardinal  Mauro Piacenza, Prefect of the Congregation for Clergy gives a rousing pep talk on the celibate priesthood as the antidote to secularism.  The following is an excerpt of the Cardinal's rationale for his thinking.  He doesn't mention other game plans like the Sermon on the Mount.


.........."In a world which is gravely secularized, it is ever more difficult to understand the reasons for celibacy," the cardinal acknowledged.

He continued, "However, we must have the courage to ask ourselves, as the Church, if we wish to resign ourselves to such a situation, accepting the progressive secularization of society and of culture as an unchangeable fact, or if we are prepared for a task of a profound and real new evangelization at the service of the Gospel, and thus of the truth of man."  (If those scientific/techonological types would just stop with the forward progress already, Catholicism could once again reign supreme with it's unchanging always taught absolute truths.)The prelate asserted, "I hold, according to that meaning, that the reasoned support of celibacy and adequately evaluating its worth in the life of the Church and the world might represent some of the most effective means to overcome this secularization."He added, "What else could the Holy Father Benedict XVI mean when he says that celibacy shows that 'God enters into the reality of our time?'" Intrinsic demand"The reduction of celibacy to a mere ecclesiastical law, common in some environments, is to be absolutely overcome in light of the papal magisterium," Cardinal Piacenza pointed out. He continued: "It is a law only because it is an intrinsic demand of the priesthood and of the configuration to Christ that the sacrament determines. (Unless you are Anglican or Lutheran and then it's not intrinsic to one's configuration to Christ.)"In this sense, formation for celibacy, above and beyond every human and spiritual aspect, must include a solid doctrinal dimension, because it is with difficulty that one lives that which one does not understand." (Why is it that priests have to be 'formed for celibacy' but every other single person is just supposed to live it and understand it?)The cardinal noted that "the debate concerning celibacy, which is reignited periodically over the centuries, does not contribute to the serenity of the younger generations in coming to an understanding of a fact that is to determinant of the sacerdotal life."  (Maybe all the hypocrisy surrounding celibacy has something to do with upsetting the serenity of younger generations.)He urged, "We must not betray our young!"  (No comment.)"We must not lower the level of formation, nor, in fact, what the faith proposes," the prelate exhorted. "We must not betray the holy people of God, which awaits saintly pastors, such as the Curé of Ars." (Better to deny them any sacramental life at all, then give them a married priest!  Hear! Hear!)He added, "We must be radical in the sequela Christi!"Divine logic"Let us not be afraid of the fall in the number of clerics," Cardinal Piacenza urged. "The number decreases when the temperature of the faith is lowered, since vocations are a divine affair and not a human one, and they follow the divine logic, which is foolishness from a human point of view. Faith is called for!" (It's not the doctrine that's at fault!  It's the laity!)"Celibacy is a question of evangelical radicalism," he affirmed."The essential question, then, is not to direct the debate so much to celibacy as to the quality of the faith of our communities," the cardinal stated.He continued, "Could a community which lacks great esteem for celibacy, as an awaiting for the Kingdom or as a Eucharistic yearning, be truly said to be alive?" (Yes it can.)The prelate exhorted, "We must not allow ourselves to be conditioned or intimidated by a world without God, which does not understand celibacy and that would like to remove it.""On the contrary," he said, "we must recuperate the reasoned understanding that our celibacy offers as a challenge to the world, placing its secularism and agnosticism in profound crisis and crying out, through the centuries, that God is present and active!" (I don't think I get this last bit at all.)

Cardinal 'Knute Rockne" Piacenza has really given quite the locker room speech here.  I feel all revved up to go out and knock a few of those secularist sexual libertines upside the head and win one for the celibates. OK not really.  Actually I would rather sit down and plead with the Vatican to quit jamming the 'ontologically superior' celibate male priesthood down our throats.  It might not be so irritating if the laity wasn't being asked to cough up over two billion dollars to pay for their abusive ugly non celibate lapses.

Everything coming out of the Vatican seems designed to shore up the Trentan definition of sacramental priesthood. (at least for baptized Roman Catholics).  Whether it's the new Mass translations, or the Year of the Priest, or the instant excommunication for women who 'attempt ordination', or this peppy speech from the good Cardinal, nothing except maybe gay marriage, abortion, and suddenly exorcism,  is more important to Catholic identity than the celibate priesthood.  It makes me wonder if these ordained men ever consider that their personal world view might not be everyone's world view and might in fact actually be the problem for the major shortage of priests?  Are they not getting that a large number of laity know how to Google and that the clerical caste no longer has a strangle hold on all the available knowledge?

To be honest I'm not quite sure what the Vatican actually means by secularism.  It seems it might be synonymous with 'modernism' or maybe with individualism or consumerism or satanism or all of the above.  But whatever it is, it is diametrically opposed to the celibate priesthood and it produces spiritually weak laity who have lost the ability to conjur up--I mean pray up-- enough priests.  Somehow the lack of priests is never a message that maybe, just maybe, today's laity are evolving beyond the need for a paternal father figure with quasi magical qualities.

Even Knute Rockne knew he couldn't win football games without the right players operating in the right scheme, and even with all his success he still changed with the game.  In fact he changed the game.  Benedict should take a page from Rockne's play book and try a forward pass instead of constantly calling for backward laterals.  He might start winning a few fans back--so to speak.