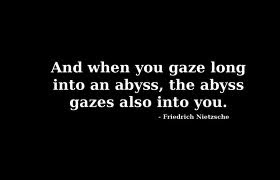 The following is an excerpt from an article on the Italian Blog Chiesa.Espressonline, written by Sandro Magister.  I found it a pretty good synopsis of the main points Benedict made in his some eighteen speeches and homilies during his trip to Germany.  Sandro Magister is sort of Italy's version of John Allen.  I frequently read the English version of Magister's blog to get another perspective on All Things Vatican, but especially the thinking of Pope Benedict.....

.......But the speeches of Benedict XVI that will prompt the most discussion are perhaps the ones that he addressed to Catholics in Germany, and, through them, to Western Catholicism as a whole.

In a Germany marked, not only among the Protestants but also among the Catholics, by persistent anti-Roman sentiments and by recurrent pressures for disciplinary and practical reforms – like the abolition of clerical celibacy, priesthood for women, communion for the divorced and remarried, the "democratic" election of bishops – Benedict XVI did not in any way give in to these demands, or even mention them, but rather obliged everyone, including those who make them, to consider the seriousness of what is at stake.

The German Catholic Church – the pope pointed out – is a "superbly organized" force. Even the reforms that are constantly solicited belong to this structural environment. "But behind the structures," the pope asked, "is there also a corresponding spiritual strength, the strength of faith in the living God?"

For Benedict XVI, "we have more than enough by way of structure but not enough by way of Spirit." Because "the real crisis facing the Church in the western world is a crisis of faith." And therefore "If we do not find a way of genuinely renewing our faith, all structural reform will remain ineffective." (I happen to agree with Benedict on this point, but I also think we are coming at it from two very different starting points.  I think the current structures with their methodology for handing on the faith are the biggest impediment to spiritual renewal in the West.  Benedict seems to think spiritual renewal will ipso facto transcend the fact he has no intention of reforming the religious structure.)

Here the pope was speaking to the Council of the Central Committee of German Catholics, but he also said similar things in the homily at the Mass celebrated in Freiburg on Sunday, September 25, and at the following meeting with Catholics "active in the Church and society."

Instead of reforms of institutions and structures, which for him would be a sterile accommodation of the Church to the world, Benedict XVI preached an interior, spiritual reform, centered on that supreme "scandal" of the cross "which cannot be eliminated unless one were to eliminate Christianity itself": a scandal unfortunately "overshadowed in recent times by other painful scandals on the part of the preachers of the faith" stained with sexual abuse against minors.

The pope cautioned against an exclusively individual faith, restricted to the private sphere. He insisted on the indissoluble bond that unites each Christian with the next, in the universal Church. (But one does not need to go through some clerical system in order to recognize that indissoluble bond.)

But he also outlined the future, in Germany and in the West, made up not of great masses of faithful, but of "small communities of believers," which he has called on other occasions "creative minorities," capable, in a pluralistic society, of "[making] others curious to seek the light." (This is also a point made frequently on this blog and in the comments section, but again, I doubt we are operating from the same starting point.)

To these restless seekers of light, in the homily of the Mass celebrated in Freiburg, the pope even gave precedence "in the kingdom of God" with respect to believers by habit:

"Agnostics, who are constantly exercised by the question of God, those who long for a pure heart but suffer on account of their sin, are closer to the Kingdom of God than believers whose life of faith is 'routine' and who regard the Church merely as an institution, without letting it touch their hearts, or letting the faith touch their hearts."

Not only that. In his speech to Catholics active in the Church and society, Benedict XVI called for a purification of the Church, not only from the "excesses" of its organizational structures, but also from wealth and power in general, from its "material and political burdens." He recalled that this was the case in the Old Testament for the priestly tribe of Levi, which did not possess an earthly inheritance, but "only God himself, his word and his signs." (This did not include the Temple High Priests, who pretty much swam in wealth and political power. )

Joseph Ratzinger has always balanced these kinds of statements with others that are complementary. And he did so this time as well.

For example, with regard to the "faithful by routine" preceded in the kingdom of God by the agnostics who seek God, it must be noted that in another moment of his voyage – at the vigil with young people – the pope reiterated that all of the baptized, even the most lukewarm and habitual, are nonetheless called "saints" by the apostle Paul: and not because they are good and perfect, but because they are all loved by God and called by him to be sanctified.

And with regard to a Church stripped of possessions and earthly powers, it must be noted that Benedict XVI also insisted several times in Germany on the need for a vigorous "public presence" of this same Church, unimaginable without a material "body" to substantiate faith with works. (Which would be doubly true for it's global headquarters.)

But the fact remains that never before this voyage had Benedict XVI insisted so emphatically on the spiritual element. Never had he given such prominence to the ideal of a Church poor in structures, in possessions, in power.

But at the same time, never before his speech to the Bundestag had Pope Benedict so vigorously asserted Christianity as being the foundation of the juridical culture of the West, and of all humanity. And the Church as being the great defender of this civilization today, in an age that has lost sight of its foundations.

I think where I disagree most with Pope Benedict is in how I conceptualize the living Church.  I think one can't have a living anything without it evolving, growing, the current generation moving beyond it's progenitors, and on and on.  If nature show us anything, it shows us that those living systems that don't or can't evolve, don't survive.  This propels me to ask certain questions about any system.  When I see dysfunction and stagnation I ask, what are the environmental impediments to forward progress, to reaching a healthy equilibrium.  Most often in social organisms, it's leadership, leadership structures, the environment that creates, and/or a refusal to consider accommodating to changing circumstances.

As an example, the organization I currently work for is repeating the same mistakes that caused it's current crisis, and calling it change for the future.  What is really happening is that it is asking it's employees to buckle down and personally transcend it's mistakes.  This is not change.  This is squeezing the last drop of energy out of a corporate system precisely to avoid making any meaningful sweeping changes that might have the potential of renewing the system and it's constituent parts--of giving it a long term viable future.  In this particular case, the equivalent of our pope and college of cardinals give us upbeat and energetic bishops who say all the rights things, and intend to implement all the right things, only to find out they will not ever be given the authority to effect any of those saying and things.  It's a sad phenomenon to see.  It's repeated itself over and over again, and each time it does, we circle the drain further down the sink.


And this is exactly what Benedict is calling for with his continual references to lack of faith and spirituality in the Catholic West.  He is asking the constituent  parts to transcend the errors and mistakes of a totally dysfunctional system.  He is attempting to squeeze the last bit of spiritual energy out of the Catholic West in order to keep the clerical system in place--untouched and unreformed.  It won't work.  Catholicism will continue to circle the drain, ever lower and lower and lower.
Posted by colkoch at 10:35 AM