Some Old Thoughts Are Still Timely 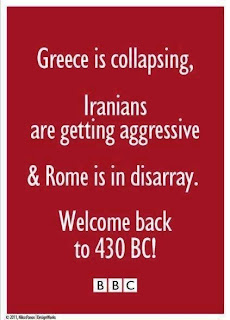 The following is a reprint of something I wrote 3 years ago.  I was reminded of this in an email I received from a reader who found the sentiments relevant for today's Vatican.  Given some of the recent Vatican stories concerning corruption and lack of accountability, unfortunately,  it may always be timely---and I am still waiting for something to be done about Bishop Robert Finn.

8/14/2010 -  Open Tabernacle
John Allen felt compelled to use his Friday column in the National Catholic Reporter to attempt to justify the Vatican’s action in not accepting the resignations of Irish Auxiliary Bishops Raymond Field and Eamonn Walsh.  I’m glad he did because I trust his reporting is objective in this instance.  It gives Catholics a great opportunity to look at the kind of reasoning under which the Vatican operates when it comes to the episcopal hierarchy–at least the surface reasoning.

“First, the Vatican doesn’t want to feed impressions that public opinion and media hostility can bring down a bishop. Rome wants bishops to be willing to say and do unpopular things, on matters ranging from abortion to immigrant rights, and it would obviously be a deterrent if the bishop has to worry that Rome might capitulate to pressure campaigns seeking to run him out of town on a rail. (These resignations had nothing to do with taking unpopular moral stands. This is a diversionary excuse.)

Such blowback, of course, is a special risk in the early 21st century, when the Internet and 24-hour cable news channels have created a whole new industry of outrage generation. (A situation from which you yourself and CNN and NCR have derived a great deal of benefit.)

Second, allowing a bishop to resign, even if it’s entirely merited, can create an avalanche which buries other bishops who don’t share the same level of responsibility. If that happens, a good chunk of a country’s episcopacy could be wiped out — further destabilizing an already volatile situation, not to mention creating pressure to find replacements quickly and perhaps without sufficient thought. (‘What if’ and slippery slope arguments are both based in accepting a notion of the future which is as valid as the reality of the present. The Church’s history in Eastern Europe and China indicate bishops aren’t as critical to the local church as the Vatican would have us believe.  Local Churches can manage without them.)

Third, the Vatican also tends not to remove problem bishops because, in the institutional culture of the church, retirement has traditionally been seen as a reward for a job well done. A retired bishop has all the privileges of rank and few of the burdens, so the tendency is not to let a man walk away until he has cleared his desk. (In more ways than this one, this Vatican decision is all about the institutional culture and has nothing to do with the actual good of the Irish Church.)

The case of former Cardinal Michele Giordano of Naples offers an illustration. Giordano, who finally exited the scene in 2006 after turning 75, twice faced criminal charges for shady accounting, and once was actually convicted and sentenced to house arrest. Both times, rumors abounded that Giordano would be removed, and both times the Vatican instead let him stew in his own juices. Officials later said, on background, that they never had any intention of letting Giordano off the hook. That’s how they held him accountable: Not by firing him, but by forcing him to stay on the job and clean up his own mess. (It is possible for one to ‘clean up’ one’s own mess without retaining episcopal authority.  This mentality sends the message that it doesn’t matter what you do you will still retain your prestige and position.  This is crazy.)

Fourth, and perhaps most fundamentally, the Vatican does not like the idea of a bishop resigning for poor performance because, in their view, it’s bad theology. As they see it, a bishop isn’t a corporate CEO or a football coach, who should be sacked when profits sag or the team goes on a losing streak. The episcopacy isn’t a job but a sacramental bond akin to marriage, with the bishop as the father of the diocesan family. In the early centuries of the church, it was considered almost heretical for a bishop to move from one diocese to another on precisely this basis. (Millions of Catholic women and children through out the global church are aware of this ‘pater familias’ mentality and have suffered enormous repetitive abuse because of it.  This mentality, which overlooks the behavior in favor of some abstract fantasy, is itself BAD THEOLOGY.)

The above is another illustration of the kind of thinking that relates to an abstract objectification of a class of people.  In other words, the definition of the class as noun is more important than the actions undertaken by the class as beings, or verbs.  It doesn’t matter who or what a bishop does in his being or actions, the operative relationship is with the description for the noun bishop.  This is very bad theology and even worse psychology.

A person can not have a meaningful relationship with a definition, nor can they act authentically when they substitute a definition of themselves as a noun for their actual being.  This is precisely what the Church actually requires of gay people, that they define themselves by the Church’s definition of homosexuality and then act as if this definition was the true overwhelming reality of themselves as beings.  This gives the Church the freedom to relate to gays as a defined noun.  This definition equates the defined noun (person) with the acts the definition is based on.  It justifies the church relating to gays on the basis of acts they may not have committed just exactly as it permits the hierarchy to relate to bishops as if acts which don’t fit the definition of bishop were never committed.

In the case of gay bishops, the definition of bishop relationally supersedes the definition of homosexual.  Hence Catholicism can logically have a significant number of gay bishops who are free to be sexually active because they know they will not be expected to pay a price for their activity. Unless that is, they are dumb enough to get caught red handed and exposed in the media.  In the case of the priesthood, the definition of priest is not far enough up the noun hierarchy to protect them from the gay definition.  Hence, a gay priest can be celibate but if he admits to being gay he will be treated by definition as sexually active and chucked out of the priesthood–without perks and benefits and the opportunity to clean up his mess.

I believe one of the most important steps a given Catholic can take on an authentic spiritual path is to stop relating to people as catechismically given definitions, and start relating to them as people.  It is then that ideas like accountability and transparency take on real meaning, and an understanding of why Christians are called on to ‘see’ themselves in others and ‘see’ Christ in others becomes operative.  “Seeing” is a verb and implies an active real time relationship.  We may over look this, but Jesus continually stressed the importance of seeing people as they actually are, not as some class defined noun or a reduction to a given behavior.
Jesus refused to ‘see’ or relate to the Temple Priests and Pharisees as self defined authoritative nouns. He didn’t relate to any defined class of people as if they were nouns.  He asked Peter, “Who do you say that ‘I am’”. Peter says “You are the ‘living’ God.”  Neither Jesus nor Peter are relating to Jesus as some kind of defined static category based in past events or future speculation.  Jesus is the undefined ’living’ God in the present moment.

To stay in the moment and relate to people as beings rather than nouns is difficult to do and takes a great deal of energy. To do other wise is easier and takes less energy.  The Vatican’s insistence in relating to the entire church on the basis of definitions of law, past history, and a consistent refusal to engage with the present are symptomatic of a tired depleted spiritual energy.  Returning to a fantasy liturgical past and reasserting the preeminence of classes of canonically defined nouns is not going to bring a resurgence to the Church.  It will not restore the ‘living’ God as the center of the Church’s ‘BEING’.

The only noun that realistically defines a state of ‘being’ is death–the absence of life.  Jesus came to overcome that definition of a state of being.  That’s why He is called the ‘living’ God. It is that dynamic notion of a ‘living’ God that fueled early Christianity.  It’s time to make this Being real and present in modern Christianity before dead is the last true descriptive word for the Church.
Posted by colkoch at 10:06 AM