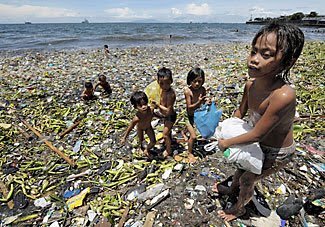 In the run-up to President Barack Obama’s much-anticipated July 10 meeting with Pope Benedict XVI, an influential cardinal and Vatican adviser has praised Obama’s “humble realism” and compared the president’s approach to abortion to the thinking of St. Thomas Aquinas and early Christian tradition about framing laws in a pluralistic society.
Swiss Cardinal George Cottier, 87, former theologian of the papal household under Pope John Paul II, laid out those views in a cover essay in the current issue of 30 Giorni, perhaps the most widely read journal of Catholic affairs in Italy.
Styled as an analysis of two Obama speeches – his May 17 commencement address at the University of Notre Dame and his June 4 speech to the Islamic world in Cairo – Cottier’s essay was overwhelmingly positive, repeatedly arguing that Obama’s “realism”, as well as his commitment to finding “common ground”, resonate with Christian tradition and the social teaching of the Catholic church.
Seen through American eyes, perhaps the most striking element was Cottier’s analysis of what Obama had to say at Notre Dame. The university’s decision to invite Obama, and to award him an honorary degree, were widely criticized in Catholic circles in the States, given Obama’s positions on abortion, embryonic stem cell research and other life issues. More than 80 bishops publicly objected to the event.
Cottier, however, compared Obama’s Notre Dame address to Pope Paul VI’s encyclical Ecclesiam Suam, in its accent on dialogue and common ground, and to the document Dignitatis Humanae of the Second Vatican Council (1962-65) on conducting the search for truth in a pluralistic society. Christians, Cottier wrote, “can be in agreement” with Obama’s “way of framing the search for solutions.”
Cottier noted that many American bishops have been critical of Obama on abortion, writing that “on the one hand, those criticisms are justified, because … non-negotiable values are involved.” Yet, he wrote, Obama offered “positive indications” in his Notre Dame address of a desire to find common ground on the issue.
Cottier argued that Obama has not defended abortion as an absolute right, that he recognizes the “tragic gravity” of the problem, that Obama does not defend “relativism,” and that “his words move in the direction of reducing the evil” by seeking to make “the number of abortions as small as possible.”
Cottier invoked early Christian history to suggest that efforts to reduce the actual number of abortions, rather than to seek an outright legal ban, might be justifiable as a temporary expedient.
“I’m reminded of the first Christian legislators, who didn’t quickly abolish the tolerant Roman laws regarding practices which didn’t conform to the natural law, or which were actually contrary to it, such as concubinage and slavery,” Cottier wrote. “Change happened along a slow path, often marked by steps backward, as the Christian population increased, and, along with them, the impact of a sense of the dignity of the human person.” (This would also be known as the impact of individual Christian witness, which has always been far more effective for meaningful change than criminalizing immoral behavior.)
“At the beginning, in order to guarantee the consent of the citizens and to protect social peace, the so-called ‘imperfect laws’ were kept in force, which avoided persecuting actions and behaviors in contrast with the natural law,” Cottier wrote. “St. Thomas [Aquinas] himself, who certainly had no doubt that the law must be moral, added that the state must not enact laws which are too severe or ‘high,’ because they’ll be disrespected by the people, who won’t be able to follow them.” (The inability to follow laws is not always the result of a premeditated willful choice to disobey them. A nuance which is lost in the abortion debate.)
“Political realism recognizes evil, and calls it by its name,” Cottier wrote. “Yet it also recognizes that one must be humble and patient, combating evil without the pretense of eradicating it from human history through instruments of legal coercion.” (Love this sentence. Humility and patience, novel concepts in the abortion debate.)
He said that the Catholic church is aware of the dangers of trying to totally eliminate perceived evils through the use of force, saying that was the problem with Communist regimes.
In that regard, Cottier wrote, the recent murder of an abortion doctor in the United States illustrates that even the highest values can be become “marching orders at the disposition of an aberrant ideology.”
All of that, Cottier wrote, puts the “humble realism” of Obama in a positive light.
With regard to Obama’s Cairo speech to the Islamic world, Cottier praised it as a “radical reject of the thesis of a clash of civilizations and an antidote to the tendency to apply negative stereotypes to others.” He compared Obama’s approach to international relations to that of John Paul II in the emphasis upon forgiveness and “purification of memory.” (This has also been defined as transcending or working through historical trauma.)
"The president also reaffirmed that democracy cannot be imposed from the outside, and that in the movement toward democracy every people must find its own path," Cottier wrote. "He underlined that religious liberty is fundamental for peace."
Noting that Obama cited the Sermon on the Mount during his Cairo speech, Cottier wrote that he "seemed to perceive its positive reflection and its inspiration for public life."
*********************************************************

I pulled this off the National Catholic Reporter before any comments had been posted. Given Cardinal Cottier's reasonable tone I suspect this piece will receive the same bashing that Sr. Joan Chittister's has on the same topic. For both Cardinal Cottier and Sr. Joan the issue is seeing Obama's abortion strategy of reduction as equally valid or even better than the strategy of criminalization.
It's really an accomplishment of President Obama and progressive Catholics that the abortion debate is finally being framed in this way. If one studies the numbers of abortions in countries which have legislated Catholic natural law, one has to face the fact that abortion in these countries, in spite of it's illegality and tough punishment, is much higher than it is in countries with easy access and legal birth control. That's a fact which goes right to Cardinal Cottier's point that it's not in the best interests of societies to legislate moral laws which people can not obey. This is especially true when the laws do not address the root causes and only punish the consequences of those root causes. The over whelming root causes of abortion are poverty and lack of support for women and their children.
The sad sad fact is that the Church has spent too much time and money on the wrong solution to reducing abortions. It's hypocritical to maintain the sanctity of life when that sanctity isn't supported with near the same vehemence post birth.

The Philippines is a case in point. They have highly restrictive access to family planning and birth control ---depending on the local situation. In the capital city of Manila there is virtually no access or state funded birth control. Manila is not unique. It is estimated that Philippines women undergo 500,000 abortions a year with 80,000 winding up in hospitals due to complications from back alley abortions. Ten women a day die in child birth. The population of the Philippines is 80 million. That's a lot of abortions for a population of 80 million since the numbers of women of child bearing age would be less than a third of that total.

In spite of the Roman Catholic Church's strong opposition it appears HB 5048, a national women's re productive bill including far better access to birth control and sex education, might actually make it to the desk of President Macapagal-Arroyo. It is expected she will not sign it, but let it pass into law without action on her part. She is a devout Roman Catholic who has admitted to using birth control to limit the size of her own family but supports the Church's position. She admits to having confessed her sin in order to be fully back in the Church.

Access to birth control was not a problem for her. It isn't for the wealthy. For poor women the choices are abortion or tubal ligation.

It has taken 40 plus years for a reproductive rights bill to make it this far in the Philippines. One of the key reasons cited for the majority support this bill enjoys amongst Filipino voters is the reduction in influence of the Roman Catholic Church. Real people with real children who actually have to pay the price for the size of their families no longer listen to a Church hierarchy which is considered mired in conservatism. The back lash from continual Church interference in reproductive legislation may be coming home to roost.

HB 5048 does not change the legal status of abortion. This is not a bill about abortion. It is first and foremost a bill about reducing abortion. Birth Control and sex education have proven track records in reducing the number of abortions. It's called reproductive choice. Insistence on Natural Family Planning and abstinence is called religious reproductive tyranny. They have a proven track record of increasing abortions. They prove Thomas Aquinas's thinking about the futility of enacting laws people determine they can't obey.

It seems to me the Church has to do some serious thinking about the impact of it's anti birth control stance on it's desire to end abortion. When one stance fuels the other it's time to decide which should have the priority. It would seem to me allowing birth control as an abortion prevention measure is a no brainer, but that might not be the real issue. The real issue for the Church might not have anything to do with responsible moral reproduction and every thing to do with Institutional authority and Papal infallibility. If that's true, then the real issue in the Philippines (and every place else) has never been the sanctity of life. It's been the sanctity of religious authority. Maybe it's time some of those religious authorities spent some time on a Manila dump.