A NO Vote In Maine Is Important For Uganda 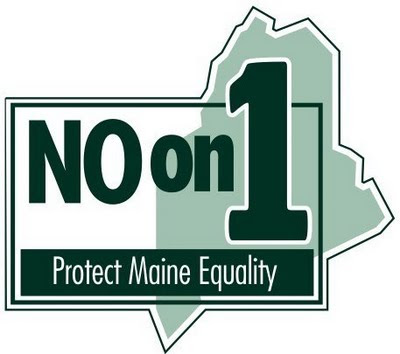 Maine voters, by rejecting prop 1, could send a very important message--not just in the US, but around the world. The same unidentified money and religious agitators who have shoved Prop 1 down the throats of Maine citizens have also been spending large sums on their anti gay message in Africa. The following excerpt from Jim Burroway illuminates just how well the message of gay hate has been heard in Uganda.

Exclusive Details: Uganda Parliament, Religious Leaders Weigh Death Penalty for LGBT People
Jim BurrowayNovember 2nd, 2009 Box Turtle Bulletin
As we reported last week, several Ugandan Christian leaders have spoken out on the Anti-Homosexuality Act which has been introduced in that nation’s Parliament, but their statements have largely been in full support with the bill – with a few reservations about the proposed death penalty for “serial offenders” and those who are HIV-positive. Those comments were made during discussions in a Parliament committee.
BTB has obtained more detailed accounts of those committee discussions held on October 28. Participants included members of Parliament David Bahati and Benson Obua Ogwal who are co-sponsors of the bill, and Minister of Ethics and Integrity James Nsaba-Buturo. Invited speakers included:
The Rev. Canon Aaron Mwesigye, provincial secretary of the Anglican Church of Uganda;
John Kakembo, Archbishop of the Seventh Day Adventist Church;
Dr. Joseph Sserwadda, representing the nation’s Pentecostal churches;
Sheikh Mohammad Ali, representing the Muslim Mufti of Uganda;
Prof. Peter Matoyu, a professor at Nkumba University who was representing the Metropolitan Orthodox Church of Kampala.
Bill Described By Co-Sponsors
MP David Bahati was the first to speak. He began by insisting that homosexuality was not a human right but “a bad habit.” He also repeated much of the false “science” promulgated by American anti-gay extremists, including the false charge that the life expectancy of gays are twenty-years shorter than that of non-gays. He also repeated a fantastical claim that gay men were forced to wear diapers after six years due to incontinence. He further charged that international Non-Governmental Organizations (NGOs) and other foreigners were responsible for financing and promoting the spread of homosexuality, a charge that has become exceptionally common lately. (This is exactly the same charge leveled by African Catholic Bishops. Funny how there's never any peep about the foreign NGO's who are funding the anti gay movement. I guess that's not too surprising given the Diocese of Maine won't identify their donors either.)
MP Benson Obua Ogwal, cosponsor of the bill, repeated those same claims and added that many in the international community have threatened to withhold aid to Uganda if the bill passes. He denounced those threats, and said that Uganda would forgo the aid rather than withdraw the bill. (I doubt that includes the aid they are recieving from their unnamed supporters.)
MP Bahati then resumed speaking, and in what must be the most outlandish claim of the entire session, he insisted that they were “not engaged in a hate campaign,” before describing what his draconian bill would do. If passed, it would:
Reaffirm the lifetime sentence currently provided upon conviction of homosexuality, and extends the definition from sexual activity to merely “touch[ing] another person with the intention of committing the act of homosexuality.” (How do you prove this?-- maybe the idea is you can't disprove such an accusation.)
Create a new category of “aggravated homosexuality” which provides for the death penalty for “repeat offenders” and for cases where the individual is HIV-positive.
Provides compensation for “victims” of homosexuality. This provision would encourage an accused’s consensual partner to claim that he or she was a “victim,” not only to escape criminal penalties, but also to demand compensation from his or her partner.
Expand the definition of homosexuality to include “touching.” Current law requires proof of penetration. The proposed law would dramatically lower the burden of proof for penalties involving lifetime sentences or even death.
Criminalizes all speech and peaceful assembly for those who advocate on behalf of LGBT citizens in Uganda with fines and imprisonment of between five and seven years.
Criminalizes the act of obtaining a same-sex marriage abroad with lifetime imprisonment.
Adds a clause which forces friends or family members to report LGBT persons to police within 24-hours of learning about that individual’s homosexuality or face fines or imprisonment of up to three years.
Adds an extra-territorial and extradition provisions, allowing Uganda to prosecute LGBT Ugandans living abroad.
Ethics and Integrity Minister James Nsaba-Buturo was then called on to speak. He said that while the proposed act was highly controversial, he assured the panel that it’s passage would give Uganda a place of honor among civilized nations. He added that he can’t wait to see the Act become law.....
Further along in this article we have the expressed opinion of the conservative Anglican Archbishop. He is very traditional to say the least, and has a strange concept of Christian compassion.
Death Sentence Provisions Questioned
The Parliamentary committee heard from several of Uganda’s religious leaders, beginning with Rev. Canon Aaron Mwesigye, provincial secretary of the Anglican Church of Uganda. As has been widely reported, he spoke out against only one provision of the bill, the section which provides the death penalty for “aggravated homosexuality”. The pro-government newspaper New Vision quoted Mwesigye this way:
“Can death as a form of punishment help one to reform? Some people are convicted of murder but after they have been killed, it’s proved they were innocent. What would be done in such circumstances? We should emphasize life imprisonment.” (I guess gays who have HIV can be executed because, well, they are dead anyway?)
Our reports do not contain that exact quote, it does appear consistent with what he told the Parliamentary Committee. Mwesigye also questioned the wisdom of the extra-territorial provisions in the bill, saying that those provisions might not be “cost effective.” Otherwise however, Mwesigye was very complementary of the other aspects of the bill, bragging that the Church in Uganda has been battling homosexuality since 2004. He also suggested that some portions of the bill didn’t go far enough. For example, on the section providing compensation for “victims,” he suggested that secondary victims – spouses and children of those who claim to have been seduced – also deserve compensation.

I don't believe this Ugandan bill exists to serve any other purpose than to redefine political enemies with the label of homosexual. Homosexuality knows no tribal, cultural, religious, or political distinctions. It isn't readily apparent, and so serves as a perfect catch all crime to persecute any individual a government, religion, or person might want to neutralize. Homosexuality isn't about internecine tribal frictions, in the conservative religious mind it's about an abominable sin. Gays make the perfect political scapegoat in a conservative religious climate.
It's a brilliant strategy on the part of the Ugandan government as it allows for the removal, with religious sanction, of any enemy it wishes to accuse of being gay. I can't see from reading the provisions, how it's possible to disprove one's alleged homosexuality. Since lots of straight people are HIV positive, this bill presents a unique opportunity to remove enemies through government sanctioned execution. (In defense of Uganda, I must point out that since 1986, when the current government seized power, they have executed far fewer criminals than the State of Texas--51 to 432.)
The other bit of information which is notable is Archbishop Mswesigye's claim that they have been fighting this battle since 2004. That year more or less coincides with the sudden involvement of politically active right wing American Evangelicals in Uganda. This article from the Daily Beast chronicles the involvement of Rick Warren, he of Prop 8 fame and Obama's choice for the invocation at his inauguration.
The Maine vote tomorrow will have major repercussions in Africa. While this vote is most certainly about whether one group of Americans have the ability to take rights away from a minority group, in Africa these same religious voices are voting to take lives away from that same minority group. The same political and moneyed interests are fueling both campaigns.
Sadly Uganda used to be the shining light on the battle against HIV/AIDS in Africa. The ABC program instituted by President Museveni which provided free condoms to Ugandans, had by 2003, dropped the rate of AIDS infections by 10%. It was a program lauded for it's success rate by most AIDS activists. By 2004 the conservative American Evangelicals had joined forces with conservative Ugandan religious leaders, and the C was dropped from ABC. The results have been predictable. HIV/AIDS is on a precipitous rise, and so is the sexual abuse and rape amongst virginal teen age girls. The reported sexual abuse of minor girls has increased five fold since the conservative religious elements went after condoms, fully supported by the Bush administration. These girls too are under a death sentence.
I hope and pray that the people of Maine vote against Prop 1, because it's not just about taking away rights from gay couples, it's about death in Uganda. Anyone who doesn't think this is true only need meditate on why NOM and the Catholic Church in Maine won't disclose their donors. Please Maine voters, send a message to Uganda about the importance of human rights for all people, and how those rights are not for sale.