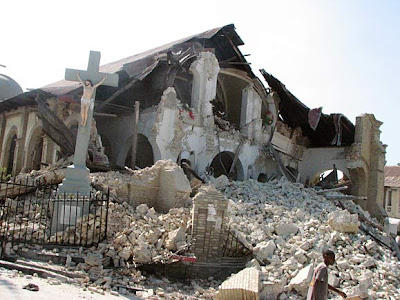 Benedict XVI is writing a special Lenten letter to Irish Catholics. What can he say that will make a difference? Who is informing him about Ireland?

It is a sign of the times that Dublin councillors are to consider changing the official name of Merrion Square, currently Archbishop Ryan Park. Not many people know the park as anything other than Merrion Square, but it is officially named in honour of the late Catholic archbishop of Dublin who transferred ownership of it to the city in 1974. The park previously belonged to the church and had been earmarked for a new cathedral.

A suggestion by one councillor that Merrion Square might now be renamed in honour of Oscar Wilde, who lived opposite it as a young child, seems strange.

Given that the impetus to change its name arises from Judge Yvonne Murphy's criticism of the late archbishop's management of child sex abuse cases, calling it instead after someone who frequented London rent boys and secured youngsters for sex in North Africa (whatever Wilde's undoubted literary merits) is not the best option. (It isn't the best option; but perhaps the intent was to make a point about procurement of teen age boys and various means of doing so.)

But the idea of renaming the park reveals the depths to which the reputation of the Catholic Church has sunk. Pope Benedict's Irish pastoral could in fact make matters worse if he fails to accept responsibility on behalf of the Vatican, or if he does not announce practical steps to ensure that Rome discloses the full extent of its knowledge or involvement in Irish sex abuse matters.

Rome must not play dumb, as if it knew nothing. The refuge given in the Vatican to Cardinal Bernard Law has been disturbing, not least because of close ties between Ireland and the diocese of Boston where he failed sex abuse victims. Now Pope Benedict needs to rebut clearly Cardinal Desmond Connell's rationalisation for misleading people about sexual abuse matters by means of "mental reservation". (As far as I'm concerned this use of 'mental reservation' must be repudiated.)

To let the cancerous concept of "mental reservation" stand could destroy the future credibility of cardinals and other church leaders, not only in Ireland but also internationally.

At this point, apologies by the Pope or bishops are hardly admirable. Caught red-handed, the Irish hierarchy has gradually been forced to eat humble pie (even as some bishops appeared to choke on it). Something more radical is needed in the Pope's pastoral letter.

It would be wonderful if Benedict could use this opportunity to inspire and excite people. This will be the most important papal statement on Ireland since John Paul II spoke against violence at Drogheda during his visit to Ireland in 1979.

Irishmen and women are feeling pretty bleak at present, being battered by financial woes, political ineptitude, bad weather and a loss of faith in their institutions.

Many have also lost that childlike innocence or ignorance about religion that was based partly on historical loyalty to a particular form of nationalist identity that no longer seems as essential as it once did.

The Pope is wasting his time if he just pens some pious truisms. If he hopes to revive the Catholic Church in Ireland then he needs to signal a willingness to do business differently and to reach out to all those who used to be called "lapsed Catholics", in a way that really engages them intellectually and spiritually. (And in a way that treats them like thinking adults.)

But perhaps the main purpose of his pastoral letter is not to address the church in general about its deepest needs but to achieve an administrative restructuring of his organisation in Ireland.
Events in the Irish church are an embarrassment to Rome, and many of those involved in child sexual abuse in dioceses outside Ireland appear to be Irish or of Irish origin.

Given that Ireland is no longer a big breeding ground for priests, nuns and missionaries, Pope Benedict might be tempted to depict the Irish church as exceptional and unique.

In an interview last week with the Vatican paper L'Osservatore Romano, the Prefect of the Vatican's Congregation for Clergy, Cardinal Claudio Hummes, acknowledged that instances of priestly sexual abuse were "extremely serious and are criminal facts that the church can never tolerate in any way". But he signalled that no generalisation should be drawn from the Irish experience. The Irish hierarchy may become the Pope's scapegoat.

That would be ironic given the self-pitying tendency of some bishops at their last meeting in Maynooth to see themselves as victims of secular scapegoating. The Bishop of Dromore John McAreavey advised that "people should attend very carefully to what they say. Otherwise there's a danger we're just looking for bodies, as they did in pagan times, to throw in a river to placate the gods". And the bishop of Galway Martin Drennan later stated: "I feel we have been through a spiral of revenge."

There is a surfeit of bishops and auxiliary bishops in Ireland, especially given the big decline in vocations to the priesthood.

However, reorganising diocesan structures should not be dressed up as some kind of heartfelt response to the real spiritual needs of Irish people, who have been let down by those who mishandled the child sexual abuse scandal. What is the point of even restructuring dioceses while members of the hierarchy are institutionally compromised by the Murphy report? Judge Murphy's work was confined to the Dublin Archdiocese, but its findings place a question mark over the role of every other bishop in respect of every other diocese that has not been investigated.

Reorganising dioceses at this point looks like an attempt to rearrange deck-chairs on The Titanic. No structural reform on its own will go near restoring the confidence of laity in the forms and content of a religious tradition that long served our ancestors relatively well. There is a crisis of faith in Ireland, over and beyond any of the more immediate problems. A policy of promoting the safest pairs of hands, allied to the practice of ostracising some of the more imaginative Christian minds, has resulted in an institution that appears to be unable to grasp and respond to fundamental problems in church structures and teaching.

Some citizens welcome the demise of the Catholic Church. They see the child abuse scandal as having revealed a fundamentally dishonest and repressive institution.

But many aspects of that institution, including its transmission of the Christian gospels and the practice of compassion by so many of its ordinary members, helped to sustain Irish people through great trials.

Without such an anchor, we are more likely to be wrecked by current storms that assail this nation.

The crisis within the Irish Catholic Church is a crisis for the Republic of Ireland and not just for the Vatican. There is no going back to the old days of Mother Church and its obedient or cowed faithful. But the Catholic Church can still be a force for good, inspiring people to put service before self. Had the church cared more about society than sex, and confronted greed rather than concealed abuse, it might have helped to avoid our current crisis.
As the former Cardinal Ratzinger prepares to put the finishing touches to his pastoral letter to Irish Catholics, he needs to ask himself if he really believes in the power of Christ to light up the Celtic world in compelling ways.

Or is his purpose to deny the possibility that Irish practices reflected deeper problems within the universal church relating to both power and sexuality?

I can't help but ponder the fate of two island nations. In Ireland we are witnessing the results of a spiritual earthquake because of the abuse of power, and in Haiti the catastrophic results of a physical earthquake whose damage is vastly multiplied because of a similar abuse of power. In both cases Roman Catholicism is both a primary enabler of the abuse and the helping hand most likely to be instrumental in healing the damage because both island nations are over eighty per cent Catholic.

The question is which strain of Catholicism will come to the forefront? The one that desperately tries to hold onto it's secular and political power, or the one that sees the needs of it's fellow man and truly tries to live the Gospel message it was originally empowered to live and teach?

The Rev. Eric Toussant said Mass yesterday in the ruins of the Cathedral of Port Au Prince. Although what he said was in the context of the society of Haiti, his words and the place he spoke them could be as equally prophetic for the spiritual life of Catholicism in Ireland--and elsewhere:

“I watched the destruction of the cathedral from this window,” he said, pointing to a window in what remains of the archdiocese office. “I am not dead because God has a plan for me.”

“What happens is a sign from God, saying that we must recognise his power – we need to reinvent ourselves.”