EVERY PRAYER IS ANSWERED “YES” 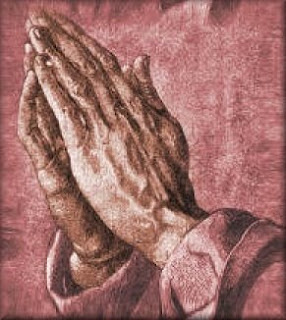 Yes, that is correct, EVERY prayer is answered YES.

Now, before the obvious knee jerk explosion erupts, stop for a moment and set aside everything you think you know about prayer.

Ask yourself: “What if this is correct, what if every prayer really is answered yes”. “What would that mean?”

If you google “prayer” today, you will get over 8,000,000 hits. If you go to Amazon.com and search for books on “prayer” you will get over 350,000 hits. The volume of literary works devoted to prayer is staggering. Yet, with all of this, the most common question I hear as a minister is still “why wasn’t my prayer answered?”

I chose this topic today because we have reached a point where we are on the threshold of major expansion of our spiritual awareness. We have reached a point where a significant number of us are poised to move deeper into our mystic path. Others are or soon will be stepping forward on their own paths. The experience for each of us will be different, but the basis of it will be the same: a deeper, richer, more intimate awareness of our true unity, our true oneness with God.

It is essential as we make that transition, that we develop the ability to connect directly with our creator in a powerful, meaningful way. There is no one right way. The path for each of us will in some ways be similar and in some ways different. There will be one common factor however, some form of effective prayer will be an essential part of the process.

How do we start?

All of us know how to pray already. The church has taught us multitudes of prayers, all of them can be effective. Other spiritual beliefs have provided us with techiques such as meditation and chanting. These can also be effective. All of us have created our own formats and even though we don’t realize it, they are effective as well.

(take some time to think about this)

One of the central components of effective prayer is faith.

Another component of effective prayer is intention.

There is a very simple formula for answered prayer:


Whenever we prepare for prayer, the questions to ask ourselves are: “what is our true intention?” and "what is the underlying belief behind our prayer?”

The Legend Behind the Praying Hands

The most often reproduced and widely known of Albrecht Durer's works is the gray and white brush drawing on blue-grounded paper of the Hands of the Apostle, known generally as 'The Praying Hands' by those who do not even know the German artist's name.

Back in the fifteenth century, in a tiny village near Nuremberg, lived a family with eighteen children. Eighteen! In order merely to keep food on the table for this mob, the father and head of the household, a goldsmith by profession, worked almost eighteen hours a day at his trade and any other paying chore he could find in the neighborhood.

Despite their seemingly hopeless condition, two of Albrecht Durer the Elder's children had a dream. They both wanted to pursue their talent for art, but they knew full well that their father would never be financially able to send either of them to Nuremberg to study at the Academy.

After many long discussions at night in their crowded bed, the two boys finally worked out a pact. They would toss a coin. The loser would go down into the nearby mines and, with his earnings, support his brother while he attended the academy. Then, when that brother who won the toss completed his studies, in four years, he would support the other brother at the academy, either with sales of his artwork or, if necessary, also by laboring in the mines.

They tossed a coin on a Sunday morning after church. Albrecht Durer won the toss and went off to Nuremberg. Albert went down into the dangerous mines and, for the next four years, financed his brother, whose work at the academy was almost an immediate sensation. Albrecht's etchings, his woodcuts, and his oils were far better than those of most of his professors, and by the time he graduated, he was beginning to earn considerable fees for his commissioned works.

When the young artist returned to his village, the Durer family held a festive dinner on their lawn to celebrate Albrecht's triumphant homecoming. After a long and memorable meal, punctuated with music and laughter, Albrecht rose from his honored position at the head of the table to honor his beloved brother for the years of sacrifice that had enabled Albrecht to fulfill his ambition. His closing words were, "And now, Albert, blessed brother of mine, now it is your turn. Now you can go to Nuremberg to pursue your dream, and I will take care of you."

All heads turned in eager expectation to the far end of the table where Albert sat, tears streaming down his pale face, shaking his lowered head from side to side while he sobbed and repeated, over and over, "No ...no ...no ...no."

Finally, Albert rose and wiped the tears from his cheeks. He glanced down the long table at the faces he loved, and then, holding his hands close to his right cheek, he said softly, "No, brother. I cannot go to Nuremberg. It is too late for me. Look ... look what four years in the mines have done to my hands! The bones in every finger have been smashed at least once, and lately I have been suffering from arthritis so badly in my right hand that I cannot even hold a glass, much less make delicate lines on parchment or canvas with a pen or a brush. No, brother ... for me it is too late."

More than 450 years have passed. By now, Albrecht Durer's hundreds of masterful portraits, pen and silver-point sketches, watercolors, charcoals, woodcuts, and copper engravings hang in every great museum in the world, but the odds are great that you, like most people, are familiar with only one of Albrecht Durer's works. More than merely being familiar with it, you very well may have a reproduction hanging in your home or office.

One day, to pay homage to Albert for all that he had sacrificed, Albrecht Durer painstakingly drew his brother's abused hands with palms together and thin fingers stretched skyward. He called his powerful drawing simply "Hands," but the entire world almost immediately opened their hearts to his great masterpiece and renamed his tribute of love "The Praying Hands."

The next time you see a copy of that touching creation, take a second look. Let it be your reminder, if you still need one, that no one--no one--ever makes it alone!

Quoted from: "A Better Way To Live" by Og Mand
Posted by colkoch at 5:45 PM