Top Down Jesus And The Winds Of Change 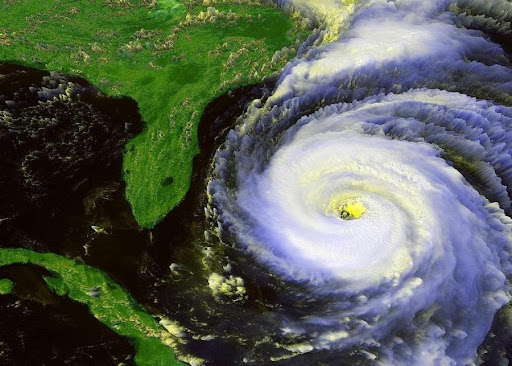 I suspect that the major underlying issue which is spurring a lot of the Vatican angst lately is in the realm of Christology. The recent disciplining of Fr. Roger Haight is just another in a long salvo targeting theologians whose Christology tends to progress from the bottom up, meaning emphasising Christ's humanity, rather than from the top down, emphasizing Jesus's divinity.

It's a simple observation, but it has profound consequences, effecting virtually every aspect of Catholicism. Roman Catholic Christianity has progressed theologically on a top down Christology. This Christology underpins everything about the clerical caste, the sacramental system, and the laity's relationship with the Church. A bottom up kind of Christology not only threatens all of this, it doesn't support the current structure of the Church.

This link will take you to Archbishop Bathersby's response to St. Mary's South Brisbane and gives his take on whether or not St Mary's is in communion with the Church. The sections which I found most interesting are sections 3 and 5. Both of these sections deal with an apparently poor Christology which doesn't reflect the Church's theology of the Trinity, in that Jesus's divinity is de emphasised in favor of his human actions.

The Archbishop is correct in his assertion that it is difficult to maintain one is Roman Catholic without subscribing to a Top Down Jesus. Although he doesn't quite phrase it that way, this is essentially his message. It's the same message the Vatican has given Fr. Roger Haight and every other theologian who meditated on the divinity of Christ by starting with his humanity. In the Church's view you can not proceed to discuss divinity from a human starting point.

Guess what, human consciousness is evolving in the exact opposite direction. We are beginning to find God within the material universe and our own selves as loved and loving agents of God's plan. In the West humanity is moving away from a God who is up there and out there, and towards one who is right here, permeating all of the material creation. We are beginning to recapture a 'knowing' about God that imbues sacredness to all aspects of material reality. We are recapturing a sense of the feminine side of God and with it the knowledge that we are very close to destroying our Mother in our desecration and desacrilization of this planet. The more we discover a legitimate understanding of the Trinity in Bottom Up Jesus, the bigger a threat that becomes to existing religious structures who owe their existence to Top Down Jesus.

In one part of his response, Archbishop Bathersby states that St. Mary's appears to be in a time warp, rightly emphasizing social justice, but ignoring the theology it is based on. I'm thinking he's right about the time warp, but wrong about who is in it. Top Down Jesus represents the thinking caught in a time warp. Humanity can not solve it's current dilemmas from the kind of thinking which propagated them.

Many of us are coming to the conclusion that those solutions will be found only when the profane material world is once again accorded the innate sacredness God's living presence with in it demands. That living presence is as much female as it is male. Reality says there is nothing for the male agent to exert power over, unless the female agent creates that something. Power does not exist outside creation. Each is sacred and each must be in balance. That balance is not found in emphasizing a Divine power principle over the Divine creative principle. That balance is not found in Top Down Jesus precisely because it's a theology which over emphasizes power at the expense of creativity.

In my book, Jesus is the balance expressed in incarnate form between Power and Creativity. The Magisterium can continue to try to dominate the Creativity of the Holy Spirit using Top Down Jesus as the excuse, but it will be to no avail. The current Church can not stand under the Winds of Change which are blowing through the consciousness of humanity. Try as it might, even in conjunction with any other institutional ally, it won't be able to harness this wind.

It's a wind which is blowing simultaneously from all four directions and includes all of humanity. I suspect the Vatican senses this and this is why it has really come down on liberation theology. It has no vested interest in Bottom Up Jesus getting any more of a foothold in the very Latin American and African continents in which it sees it's future. Especially in view of the fact, ideas expressed in the theologies of Bottom Up Jesus are already an integral part of the indigenous spiritual cultures of these continents.

But it won't matter if the Vatican likes it, if Islamic jihadist's like it, if economic powers like it, if humanity in general likes it. As the Vatican itself is so fond of saying, this wind is not about democracy and it's not about opinion, it's about God's will. This change in humanity's consciousness is what the Church Triumphant is all about, and they are not denominational in their actions. They never have been. For my part, I say let the Winds blow. The time has come.
Posted by colkoch at 11:50 AM