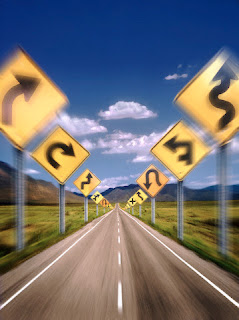 The leadership of the National Conference of Bishops of Brazil has strongly condemned the abuse suffered by a 9 year-old girl who was raped by her stepfather, became pregnant with twins and was submitted to an abortion several days ago.
The bishops expressed their bewilderment at what had happened to the girl. “We vehemently repudiate this insane act and we defend [the need for] a rigorous investigation into the facts, and we call for those responsible to be duly punished in accord with justice,” they said in a statement. (I find it difficult to believe they were bewildered by the rape of a child.)
The bishops expressed regret that the case was not isolated. “We are concerned about the growing number of attacks on the lives of children who are victims of sexual abuse. In this context, the Church is united with her and with all the children who are victims of this type of brutality and their families,” the bishops said.
They also recalled that “in fidelity to the Gospel,” the Church “always speaks out in support of life and unequivocally condemns all acts of violence that offend human dignity.”
The bishops in the northeastern region of Brazil, where the girl lives, said the defense of life is “a principle that guides the practice of the Church in Brazil,” as was the case “during the military regime of 1964, when the Church spoke out in defense of life and the dignity of persons, the defense of the human rights of the political refugees that were persecuted and tortured.”
According to the bishops, an awareness of human rights “leaves no room for any kind of violence, especially against children and women. In this concrete case, we reject the rape and sexual abuse suffered by the girl.”
However, they noted, “what is protected by law does not always coincide with what is in accord with ethical principles and moral values. For us, the Lord’s commandment, Thou shalt not kill, will always take priority.” (This is true only in the case of the unborn.)
Given the complexity of the case, we regret that it has not been faced with the serenity, tranquility and time that the situation demanded. In addition, we are not in agreement with the final result of eliminating the lives of defenseless human beings.” “It falls to us to externalize our beliefs publicly in defense of life, which is always a gift from God.”
(I'm sorry bishops, but this point is precisely where your theology has fundamental contradictions. If life is always a gift from God, then the step father was acting in accordance with the Will of God and should not be condemned. God wanted a nine year old child to conceive twins via incestuous rape. There is no other conclusion which can be reached given that life is always a gift from God. This is why you have excommunicated the doctors and the girl's mother, but not the father.)

In reading comments from Catholics on this story on other websites, it seems the plight of this child, her mother, and doctors has a hit a chord. Many commentators say they have had enough and walking away from the Church is their only choice. It looks like the combination of this story on top of the SSPX and Maciel/Legion of Christ stories are straws which are breaking a lot of Catholic backs. All three seem to be windows into the soul of the Institutional Church and the view of that soul is not pretty. It lacks integrity, consistency and compassion.

Benedict speaks eloquently on the need for both Faith and Reason. A lot of us are beginning to see a view of Faith which is deficient not only in reason but also compassion. No reasonable person can look at the Brazilian situation and not see that the Church values the unborn as a higher form of life and innocence than the born. This message is loud and clear. It has to be, because this notion is a logical outgrowth of the whole of Catholic sexual morality.

How about the bishops assertion that they are in solidarity with sexually abused children? Well, a reasonable person cannot look at the Maciel situation without coming to the logical conclusion that the Church knew for decades there were serious deficiencies with Fr. Maciel, but he was allowed to operate with impunity and publically defended, while his abuse victims were excoriated. If the Brazilian bishops are truly in solidarity with sexually abused children they should be loudly petitioning the Vatican for an independent investigation of the Legion and Fr. Maciel. They should have been for a long long time, but since Brazilian bishops have their own large mess with pedophile clergy, their assurances in this area wring a bit hollow.

In the meantime the compassion which Benedict has extended to the SSPX, and this also includes his moto proprio, has been thrown back at him by the refusal of Bishop Fellay to even consider acceding to the theology of Vatican II. In other words, the hand that was extended was bit. This has not stopped Benedict from blaming the subsequent fall out on dissident Catholics who didn't understand his gesture. The Jewish community has been less vitriolic.

I understood the gesture. I understood SSPX has a significant number of priests in training and four ordained bishops. They were and are a schismatic church of some significance. They are a slowly growing cancer in the body of Christ. I give Benedict kudos for insisting the Vatican learn how to use Google, but I also have one last bit of advice. One doesn't eradicate a cancer by asking it gently to become something else. Cancers aren't like that at all. They are predatory, just like Fr. Maciel. If Benedict is really serious about unity he needs to be serious about cancers in the church body.

He could start with it's theology of sexual morality, because it was Paul VI's refusal to change anything about this theology which most fully derailed Vatican II and started the Mass exodus.
The Chuch can not authoritatively teach an ideal of sexual expression when it finds itself forced to seed the moral high ground to violent rape over masturbation. What this is really condoning is the sexual exploitation of women under the guise of procreation. That's why I see the only way this conundrum can be solved is through abstinence, the exact opposite of procreation, a situation which directly refutes God's command to go forth and multiply. No wonder so many Catholics are leaving, it's all too confusing.