Two Views Of Meaningful Vatican Responses For The Abuse Crisis 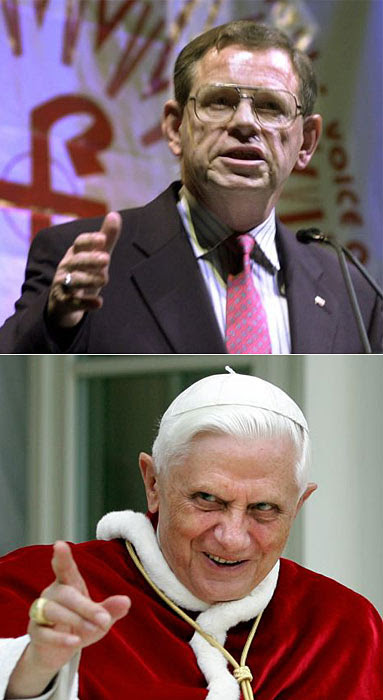 Those who continue to bow and scrape at the medieval ecclesiastical court are not faithful Catholics but enablers of evil. The heresy here is that the pope and the bishops seem to have no real clue that the plunder of the bodies and souls of the vulnerable…..boys, girls, men and women is evil that is perpetrated by clerics and religious men and women whose lives are supposed to combat evil rather than cause it.

How long Oh Lord before we Catholics admit that the clerical system is the evil which enables and promotes abuse and teaches laity to be perpetual children in relationship to the clergy? How long before our 'leadership' understands they are not managing and spinning problems, they are the problem? How many more exposures of systemic cover ups will we need before we deal with the truth?

Archbishop Diarmuid Martin and Cardinal Sean Brady have indicated that the Irish hierarchy will be undergoing a shake up and that changes are coming. The cynic in me guesses this will involve merging dioceses and reducing the number of bishops, and those bishops who find themselves reduced are probably the very same ones who found themselves exposed in the Murphy report.

The truth is this consolidation would have had to happen without the Murphy report. The losses of priests and the exodus of laity mandate a smaller Church with far less overhead. So I'm not impressed. I see this as using the Murphy report as an excuse to do what had to be done and to change the reason for this fact from one of pastoral failure, to one in which the Vatican deals in a meaningful way with the 'failure of local leadership' in the abuse crisis. In other words, another smoke screen designed to hide another failure--the sure and rapidly increasing loss of the Irish faithful and Irish priesthood.

The type of meaningful response listed by Fr. Doyle and meaningful change called for by numerous theologians and concerned Catholic groups will undoubtedly go unheeded. Benedict seems far more concerned in pandering to the sensibilities of his wealthy Western lay enablers and maintaining a politically powerful voice in the developing nations in the South--which, not so coincidentally, benefits his wealthy Western lay enablers.

No, reorganizing the Irish Church under these circumstances, is only a tactical ploy in the bigger war. That war is all about gutting and silencing the voices of social justice in the West in order to further the equally deceitful agenda of the culture warriors. Blaming this potential Irish consolidation on abusing priests and Vatican II bishops is a clever tactic.

The truth is the root causes of the various sexual abuse crisis's lay in the heart of the Vatican, in it's all male clerical priesthood, it's monarchical state structure, and it's insistence on living in a mythical past. Until all this is fair game for scrutiny, nothing changes except for the decline in numbers in the West, and abuses will continue--especially in the South.