I Seek Answers To A Fundamental Question 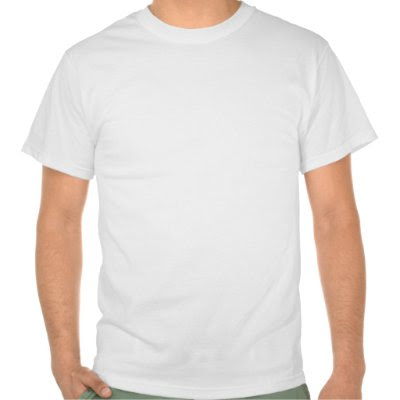 This is not true for orthodox bishops and Catholic Hospitals and pregnant women.

The previous post precipitated a really good discussion about some of the salient points and questions involved in Bishop Olmstead's decision with regards to revoking the Catholic status of St Joseph's Hospital.  Since the Catholic Health Association has come out in defense of the hospital, I am quite sure we haven't heard near the last on Olmstead's decision.  In the linked article there is mention of a similar situation in Baker, Oregon involving Bishop Robert F. Vasa. The following is taken from Wikkipedia:

In February of 2010, according to a December 21, 2010 Catholic News Service online article about the status of another formerly Catholic hospital, Bishop Vasa had stated that St. Charles Medical Center in Bend, Oregon, located within the Baker Diocese, "had "gradually moved away" from the church's ethical directives and can no longer be called Catholic. As a result of that decision, Mass is no longer celebrated in the hospital's chapel and all items considered Catholic were removed from the hospital and returned to the church. The hospital retained the St. Charles name and a cross remains atop the building."

What I find interesting about Vasa is that he too is a protege of Bishop Fabian Bruskewitz of Lincoln, Nebraska.  Like Olmstead, Vasa is considered very orthodox and places abortion on the pinacle of the Catholic moral pyramid.  He has stated that those who support any form of abortion are guilty of heresy.
It looks as if the proteges of Fabian Bruskewitz have decided their very own personal mission is to take on the Catholic Healthcare system in the US and in the meantime the USCCB stays silent.  I don't find that silence very surprising given they have never censured Bruskewitz in any way for his refusal to adhere to the Dallas Charter.  He is the only bishop who has refused and he was quite snarly and deprecating in his refusal:

For Bruskewitz, Olmstead, and Vasa the sole issue of importance seems to be their own unchallenged authority in their own dioceses. It doesn't matter what the issue might be, eventually it comes down to their right to exercise sole authority in their diocese.  They are their diocese as is amply evident in the language used by Bruskewitz in the above quote. Too bad there is no such protocol for bishops using the papal "we".

But I have a different question.  It's a question stemming from the discussion on the previous post.  It's about original sin and it's effects.  I was taught original sin was present at conception as a result of the sexual activity involved in conception--hence, Mary was conceived without original sin. However, when I looked it up in the current catechism as it's found on the Vatican website I found that although we are BORN with original sin no one knows how it's transmitted:

403  Following St. Paul, the Church has always taught that the overwhelming misery which oppresses men and their inclination towards evil and death cannot be understood apart from their connection with Adam's sin and the fact that he has transmitted to us a sin with which we are all born afflicted, a sin which is the "death of the soul".

The next paragraph then goes on to say no one knows how original sin is transmitted, but it's most certainly part of human nature.  Which of course means something different than being born with original sin.  This is more like saying original sin is part of our very DNA.  And yet the way these orthodox bishops go on about abortion, placing the fetus in a category of life all it's own, I am led to believe birth somehow triggers the effects of original sin, which up until that point have been dormant or something.  I don't even want to get into the line original sin is the 'death of the soul", but I suspect some day I will.

So it turns out there must have been a change in conceptualization of the transmission of original sin from one described in terms of inheritance to one in which we are unsure of it's transmission but we all suffer it's consequences the minute we draw a breath.  Hence it becomes possible to make a somewhat logical case that the pre born state is somehow more innocent than the born state.  From there it could follow that pregnant women commit heresy if they act on the thought their own lives are equal to the fetal life within them and deserving of the right to continue in circumstances such as in the Phoenix case.

Guess what, I don't buy this at all, but I am beginning to understand why there might be such a disconnect between those of us who were catechized in one notion of original sin and those who are catechized in the current thinking which was published under JPII's authority in 1992--well after the abortion wars started.

I can't help but wonder if the addition of a huge grey area in original sin was purposely done in order to promote a theology which places a woman's life subordinate to fetal life in order to strengthen the Catholic abortion case.  Wouldn't be the first time such a thing has happened and I doubt it will be the last, but in the meantime women are at risk and the disconnect between the Catholic medical community and Episcopal authority will only get wider.
Posted by colkoch at 7:25 PM