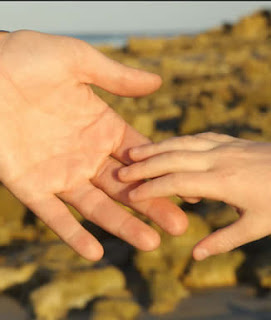 This morning I was reading some of the conversation threads on Catholica Australia and burst out laughing from an observation of Brian Coyne's that marriage is wasted on the young. He was referring to how naive he and his first wife were when they originally married. Looking back on his family and his parents family gave him a perspective about marriage he could certainly have used when he married originally.

I suppose that's true for a lot of us. We actually bring into marriage understandings of marriage derived from the perspective of children raised in our parents marriage. Essentially we know how to behave as children in a given particular family structure. This does not necessarily translate into knowing how to be supportive spouses in a marital relationship. I suspect this is why if we looked at our spouses outside of our personal filters we might see way more of our parents than we ever suspected.

This phenomenon is neither good nor bad, it just is. It's first a product of neural development and secondly a product of unconscious survival selection. The brain will gravitate towards what it sees as the familiar. Add the push of sexual hormones and young people 'fall in love'. Divorce statistics tell us that half the time it's with the wrong person. That's a pretty staggering number.

It tells us that marriage, traditional or not, is no longer a stable societal institution.

I think one of the major reasons for this is that marriage has become a personal choice between two people and not a social necessity. In other words, society as a whole perceives no pressing reason to give a damn if any particular relationship succeeds. That wasn't true in the past and society revolved around young families and their needs. Even parish societies revolved around young families, hence the plethora of Catholic schools associated with parishes.

What society needs from it's members seems to be mobility, as in the ability to respond to the ever moving job market. In my own family, in one generation we went from a close knit large extended family to dispersion across the continent from New York to South Carolina to Montana, Texas and Massachusetts. Instead of having a number of cousins and second cousins to share parenting and stories and the bumpy marital road, most of us were muddling through the whole thing alone and geographically isolated. We were not living the family experience we grew up in nor did we have the kind of marital support our parents had, and because of this there were a lot of failed marriages in my generation when there had been none in my parents.

As to the next generation, well, there are a couple of marriages, but thus far no children. I suspect that will change, but not in the foreseeable future. This is a continuing trend for my family. The number of children is going down significantly with each generation and marriages are happening later and later if they happen at all. Current statistics indicate that my family is pretty the much the American norm.

There was something else at work here though, that also helped to undermine a lot of our marriages. Underneath the large extended family structure there was also a huge economically driven competition amongst my parent's generation. It was never explicitly stated but manifested in pressure to be the best and brightest, relative to one's cousins, and to have the best cars and the biggest houses in the best neighborhoods. It wasn't enough to have a successful marriage with good kids, you had to have an economically successful marriage with brilliant and successful kids. The marital stakes went up dramatically just as society was changing in ways which didn't support even the basics of marriage.

In short, like Brian Coyne, if I knew then what I know now, I would never have married, or at least I wouldn't have married another person whose family experience put the same pressures on him that mine did on me. Going through one lay off after another in the Reagan years, we didn't have a shot in hell at a 'successful' marriage, at least our perceptions of what a successful marriage was, and so it's not surprising it didn't last.

The Church's current emphasis on 'traditional marriage' is poorly conceived in my humble opinion. What worked to support marriages in the idyllic 1950's has been completely undermined by those very same generations. My parent's generation, whose lives culminated in large houses and Lincoln's and Jaguars, can not begin to conceive of the fact their children became parents, spouses, and adults in a society which could only support that same concept of family on mobility, isolation, and huge personal debt.

This form of traditional marriage is not only unsustainable, it's almost destroyed the economic and social fabric of this country. We can not go back. We must develop a concept of marriage and family which is sustainable, realistic, just, and places equal responsibility on both partners to make the parenting part work.

Marriage might be crucial to the well being of a society, at least in so far as marriages produce future generations, but all kinds of relationships can parent those future generations. Frankly I'm tired of all the rhetoric about traditional marriage. Like the rest of the country seems to be, I'm not particularly vested in the success of individual marriages, but I am vested in what happens to the children in that marriage. I'd much rather the social conversation swirled around competent parenting. Successful parenting is what the future is all about, not traditional marriage.

It's one of the lessons we should be taking from our current president. He wasn't the product of a successful traditional marriage, he was the product of successful parenting. Just because we as a society no longer do marriage all that well, doesn't mean we can't do parenting well. It's time we separated the two notions of marriage and parenting. Whether we like it or not, that's the way society is moving. Adjusting to this is not caving into secularism, it's realism, and it's about putting children first.