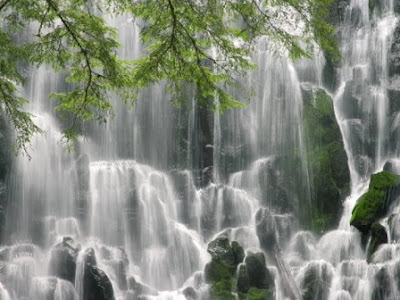 I've spent a lot of the last two days doing two things, reading on the Vatican decision to allow conservative Anglicans to convert in mass, and dealing with the flu. I've slept a lot and had numerous half waking dreams. Sometimes these dreams bled one into another and I felt I was making some sort of progress, but towards what I couldn't remember.
Now that I'm feeling a lot better and am very rested, I'm thinking my dreams were a metaphor for Catholicism. It's making some sort of progress, but it's chaotic and has forgotten what the progress is towards. I think the Magisterium is facing a couple of critical problems beyond the ones they have surrounding sexual morality. One is in the province of discernment and the other is in poorly understood notions of what a mystical Eucharistic community is really about.
There were two comments that triggered my thinking, and unfortunately I didn't bookmark the pages, so I can't share the links. The first was the simple observation that unity in belief is not something an institution can dictate or offer, it's something an individual awakens too on one's own spiritual path. In this sense unity is a mystical awakening, a journey in understanding that we, all of us, are truly one when it comes to the Universal creator. There really is no Jew, no gentile, no male, no female, no gay, no straight, no Anglican, no Catholic, no left, no right.
What institutional religion adds to this truth is impediments to it's realization, not much to it's fulfillment. It is individuals with in a tradition,who have reached this awakening that add to man's understanding of it's truth. Hence it is not Catholicism which propels us to this awakening, it is specific Catholics like St. Francis, St Theresa of Lisieux, Dorothy Day or St John of the Cross.
These individuals can also be mystics of other traditions, because all awakened people from any tradition eventually come to this understanding that we are all one and all partake of the same greater consciousness. When one begins to grasp this one understands that to judge another is to judge the Creator and His Creation, just as to condemn another is to condemn the Creator and His Creation. This is a hard truth. It is difficult to live. Believe me, I know I have way too frequently tripped over this truth in writing this blog.
There is however, a distinction between individuals and institutions. Jesus did not extend the same understanding and compassion to the institutions of his time as he did to individuals. In fact, He castigated the institutions precisely for putting impediments in the way of awakening to the truth of the Kingdom--that the Kingdom is with in individuals, not institutions. This distinction is what the Magisterium is doing it's best to obliterate. They are doing everything they can to maintain the Kingdom exists with in the institution and not the individual.
Which brings me to discernment. Part of this process of obliterating this core truth is maintaining that the Holy Spirit is heard in it's total truth only by the Hierarchy--by those who are set aside as special by the Institution. It's seen all the time in circular reasoning which reflects strictly on it's own past pronouncements.
Michael Bayley, on his blog Wild Reed, has a very good post on this process as it plays out in the soon to be released pastoral statement on marriage. Essentially what the bishops are asking us to do is suspend our individual faith, reason, and experience in favor of their definition of divine revelation. They allow for no possibility that the Holy Spirit might be influencing any other individual or group in any truthful or Spirit led way. They alone have the direct pipeline to God's will. They are telling us in no uncertain terms that our faith and reason are only adequately formed if we follow their divine revelations. The Spirit does not work with us as individuals, only them.
I suspect this discernment issue is another reason the LCWR is receiving their investigation. The discernment process used by the LCWR has proven to be a problem. Individual sisters and some congregations have followed the discernment process and have awakened to that universal truth that we are all equal, all members of the same God consciousness, and Catholicism is one path amongst many paths one can use to arrive at the same understanding. It is most certainly a beautiful and inspirational path, but it hasn't cornered the market on spiritual truth. It most certainly needs to be shared and cherished (with other traditions) because it is part of God's splendid concept of unity in diversity.
One last thought. There was one other comment I read from a very pious and traditional Catholic who was quite concerned with offending the Communion of Saints and Angels- with whom we share our Eucharistic celebration -with Anglicans who might not really understand how that might offend some Catholic martyrs. I'm assuming she means people like Bishop Fisher and St. Thomas More. I would love to sit down and talk with her, because these institutional impediments aren't part of the Communion of Saints and Angels or Ancestors and Holy Ones or whatever. They all share the same hope and prayer--that we get over our need to be special at the expense of others.
Posted by colkoch at 10:00 AM