The Moral Order Of The Hierarchical Mindset Is Not Moral 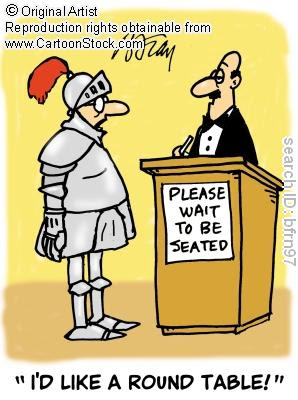 Cardinal Levada decries media bias, defends Pope in PBS interview
Catholic News Service - April 28, 2010
In an interview that appeared on the PBS television show NewsHour, Cardinal William Levada, prefect of the Congregation for the Doctrine of the Faith, criticized media coverage of the clerical abuse scandal while defending Pope Benedict and upholding the US bishops’ 2002 Dallas charter as a model for dealing with the issue.
“I don't want to scapegoat anybody or have a conspiracy theory, but I do think that the American media in particular … the question has been driven by information given by the plaintiffs' attorneys who are looking for ways to involve the Pope somehow in a court process or something like that, which are I think bound to be futile but nevertheless I think that has driven a fair amount of the media coverage, if I may say so,” said Cardinal Levada. (I just love 'but' statements. They are so useful for introducing exactly what you first said you aren't saying.)
“I think the causes, we will see, go back to changes in society that the Church and priests were not prepared for, particularly changes involving how to be a celibate person in a time of the sexual revolution, that's one of the causes I'd say,” he added. (There have been no changes in clerical culture. Clerical sexual abuse has been a problem for 1500 years. The changes in society which really hurt the Church were those that freed people to report their abuse.)
“With regard to the work of the Pope here at the Congregation [for the Doctrine of the Faith], those criticisms I think were basically unfair criticisms,” he continued. “I think that they were biased in the sense in trying to find an accusation of the Pope's mishandling a case back then. I don't think that that's true. I think that many people have spoken, given a reasonable account of what happened, and it's not a question of the Pope's mishandling. He was following the practice of the congregation at that time. These were cases that went back 20 and 30 years before, they were not dealing with children in harm's way at the time, and I don't think that the pope can be rightly criticized in those cases.” (That's the whole problem. He was following, not leading, and as the head of the CDF he theoretically could have changed the policy long before media pressure forced changes. The implication here is that that the Pope can't be held accountable for maintaining the immoral policy of his predecessors.)

In this interview Cardinal Levada manages to hit all the usual excuses with the exception of gay priests. When asked point blank about the case in the Munich diocese which involved Cardinal Ratzinger, Levada had this to say:
CARDINAL WILLIAM LEVADA: Well that I can't speak for him but I mean in my analysis of those two incidences that you bring up, I think his case in Munich, it does not strike me as unusual behavior for a bishop in those circumstances to let whoever is charge of that particular work and office in the archdioceses to make the decisions about a particular priest and I think that was the case in Munich.
This is quite a statement. If sexually abusive priests who have confessed to pedophilia and have been accepted in a diocese for treatment purposes aren't an issue which demands the attention of a bishop, then what does demand the attention of a bishop? So much for the whole idea of bishops having a 'parental' relationship as Cardinal Castrillon Hoyos wishes us to believe. I'm confused. Are we to let bishops off the hook because they were acting like parents, or are we to let them off the hook because they were acting like delegating CEO's? Or are we supposed to let them have their excuses any which way they want?
Fr. Geof Farrow has a very insightful blog post, written by a psychiatrist, that makes some important points about the abuse crisis. It is well worth reading. The author makes a very critical observation which directly pertains to Levada's interview. It has to do with hierarchical structures:
I for one suspect that the hierarchy’s different ordering of values has something to do with the very notion of hierarchy-—that the mutuality and equality that orders life for those of us who maintain intimate adult relationships is at odds with the hierarchical order of Roman Catholic clerical life, and the idea that one’s subordinates should accept bearing a cross for the good or the aggrandizement of someone or something greater seems more in keeping with moral order when everyone is one up or one down, and never straight across the breakfast table from you.
Virtually everything Cardinal Ratzinger/Pope Benedict has done in his ecclesiastical career supports this very notion of the moral order of hierarchy. That to me is what is so frightening about him. When he was subordinate to JPII, he did whatever JPII wanted, even if it disgusted him. Now that he's Pope he allows his subordinates to hang for him, possibly even coerces them to follow this moral order.
He places obedience before love as the prime Catholic virtue because obedience underscores his notion of hierarchical moral order. He raises suffering to a noble endeavor because that makes noble suffering the justification for the unjust pain inherent in his ideal of moral order. In other words, in his moral universe, shit rolls down hill and suffering under the load saves our souls. Silently and secretly enabling 'filth' for the sake of the moral order is a salvific strategy.
No, actually it's much closer to a satanic strategy. Rank and file Catholics are being asked to choose. Do we accept the supremacy of the hierarchical moral order, or do we start making breakfast and insist on equal seating at the Lord's table? It seems to me it's way past time we said "The shit stops here."