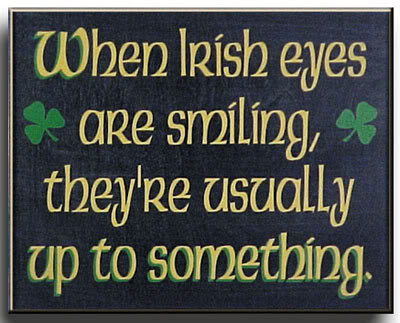 Perhaps the start of a path for conversion is happening in Ireland.  I don't know though that this is the kind of conversion Benedict was thinking about.

Some 300 priests turned out for the meeting of the association which aims to provide a “voice” for clergy. Organisers had expected between 50 to 70 priests to attend the meeting at the parish centre in Portlaoise, Co Laois and had to change venue to accommodate the interest.

The high turnout showed that the association had “touched a nerve “ and that there was a “voice needed” by the Irish clergy, one of the founders Fr Brendan Hoban said.

The association will be very proactive and will have spokesmen on issues that arise in the church and society, Fr Hoban said.

He outlined the aims and objectives which he said are based on the teachings of the second Vatican council. They received overwhelming support at the meeting.

The role of women in the church is of concern to the organisation and is “in need of a change” Fr Hoban said.

Other issues which the association will highlight are the involvement of lay people in the church and the opposition among priests to a new English translation of the Mass. It will also campaign for a church which is not governed by a clerical elite but recognised the equality of all members.

The association will be seeking discussions with Apostolic visitors from the Vatican that are due to visit Ireland.

The low morale among priests due to the difficult times for the church was also addressed at the meeting. “Authority is diminishing, vocations are in free-fall, practice is declining, the age-level of priests is increasing all the time and priests find themselves under growing pressure, “ Fr Hoban said

“At the moment priests feel they have no voice and feel they are not understood,” (That might be because bishops are too busy playing CYA games with the Vatican and their individual priests make good footballs.)

The association has said it is not anti-bishop but pro-priests however it is not a union and will not represent or be supported by all priests.

The organisation aims to have a representative in each diocese to canvas support and hopes to have a “sizeable percentage” of some 4000 Irish priests as members, Fr Hoban said.

It maybe that this particular group represents the one reform group that Benedict will take very seriously. This is as opposed to the groups of reformers and dissenters he will face in Britain.  I don't think British humanists and atheists are going to have quite the impact this group of priests from Ireland will have on the Vatican.  A year from now we may find out that this initial group of 300 priests is just the minuscule tip of the proverbial iceberg.

Priests have a vested interest in the Church which far surpasses most of us a laity.  Since the vast majority of them have the greater part of their experience in Vatican II theology and notions of ecclesiology I've often thought it must be very difficult for them to watch and have to participate in the Vatican's notion of the 'reform of the reform'.  There for I don't find it surprising at all that one of their stated concerns is the new English translation of the Novus Ordo.  They know this represents far more than a symbolic tweaking of translations.  It is a very direct statement about the resurgence of Vatican authority and centralization, and it's aimed at them as much as it is at the laity.  The new translation is the gravestone on any notions of collegiality and subsidiarity. The lowerarchy has as much influence in the shape of the Church as the laity--as in none.  They also have the additional burden of towing the line to keep a roof over their heads. For many of them this must truly be a burden on their conscience.

I could have written on the Pope's touchdown in Edinburgh and his statements on the trip over about the abuse crisis, but I think this story is just as important,  I don't want it to get lost in all the other papal hoopla.  We've heard papal apologies before and nothing on the governance level has changed.  There is no apology Benedict can give which will mask the truth about apologies spoken by Belgium's Bishop Guy Harpigni of Tournai.  "“We did not dare. If you officially apologise, then you are acknowledging moral and legal responsibility. Then there are people who ask for money and we don't know what lawyers and the courts will do about that," he said.

In the conflict between mission and money, money has won far too many times to count. "We did not dare."
Well these 300 priests in Ireland have dared to act on their concerns about the mission of the Church.  That is truly refreshing.  They have stated they are not anti-bishop and I can believe it.  There is no reason to be anti-bishop when the bishops themselves are masters at that.

If these men can stay the course and continue to find their voices, they might just find there will be a lot of smiling Irish eyes--standing right beside them.
Posted by colkoch at 8:25 AM