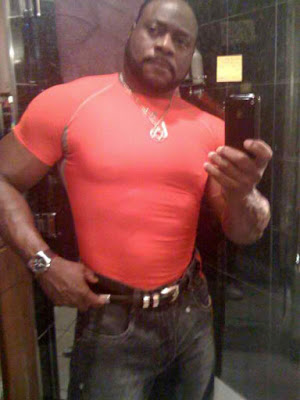 Could there be a reason that Bishop Eddie Long performed in front of his congregation in a muscle shirt last Tuesday?

I've been distracted with another writing project which has now finally taken off.  Since this project is a collaborative venture it's taken more time than I thought it would.  But now that it's off and running, I'll hopefully be able to devote more time to the blog.  I should probably warn readers that Enlightened Catholicism might get somewhat influenced by what's happening with the other venture.  In fact, I may test drive some of that writing on this blog.  In the meantime there is a very good conversation in progress on Open Tabernacle in response to this posting by Bill Lyndsey.  Rather than reprint the whole thing here, I encourage readers to take in that post and then comment on this blog.  In the meantime have a peaceful, holy, and joyful Sunday.
Posted by colkoch at 8:50 AM