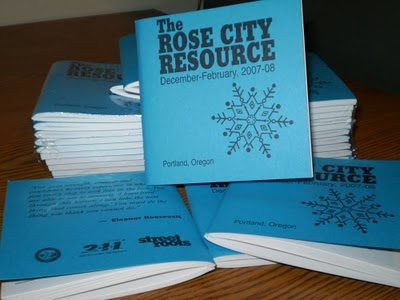 The offending booklet described in this post had a very small advertisment for Planned Parenthood which mentioned contraceptive services.  Guess what happened next.
This morning I read an in depth piece of reporting on the systemic attack on the Catholic Campaign for Human Development.  The article is entitled "On the Left Side of God: How Politics and Religion Mix in the World of Charitable Giving.  It's focus is on the CCHD and the Catholic 'conservative' groups who are vetting every single grant CCHD has given to make sure it adheres to Catholic doctrine.  Based on the groups whose funding has been pulled, Catholic doctrine includes only two issues, women's reproductive health and gay rights.  It doesn't seem to matter how remote a given grantee is actually connected to another group who supports either issue. Even a whiff of smoke is enough to claim a raging fire of anti Catholicism  The following is the introduction and describes the connection with Planned Parenthood that cost one Portland OR grantee their funding:

A 4-inch-square, 96-page booklet once was considered the embodiment of social justice and empowerment of the poor, and for years, its publisher attracted financial backing from the Catholic Campaign for Human Development through the Archdiocese of Portland in Oregon.....

That was until this spring, when a call to the office of Justice and Peace of the Archdiocese of Portland pointed out the offense on page 25. There, under the category of health care, was a listing for Planned Parenthood, which in a half-inch space included a description of the various basic services, including contraception, that the organization provides to low- or no-income customers seeking health care.

The message from CCHD managers at the Portland Archdiocese, although supportive of the booklet’s overall mission, was made clear in terms of funding: If Planned Parenthood remained in the booklet, CCHD, in keeping with Catholic teaching, could no longer fund Street Roots, the publisher of the Rose City Resource guide. Street Roots decided to keep the listing.

Since the fall of 2009 over 50 grantees have had their grants pulled with some of them asked to return their grant money.  In some cases this has left programs with no money at all to pay existing bills much less continue their services.  It matters not what the prime service is that these groups engage in, what matters is any whiff of association with an 'anti Catholic' group.  A grantee is especially anti Catholic if it has any association with Planned Parenthood or is judged to be 'marxist' in nature.  ACORN is an example of a marxist group. Community organizing in general seems to be 'marxist' activity and consequently anti Catholic.  In fact, the other two issues may just be the screen behind which the real target, that of community organizing, is hidden.

Why did this campaign for Catholic orthodoxy start in the fall of 2009?  The conservative watch dogs claim it not about politics and had nothing to do with the fact the health care debate was at it 's hottest and most contentious.  Chris Korzen of Catholics United disagrees:

“These are politically motivated attacks,” says Chris Korzen, executive director of D.C.-based Catholics United, a nonprofit, nonpartisan organization doing online advocacy and education programs around the Catholic Social Tradition. “And they fit into this broader narrative that we’re unfortunately seeing in our system now, where social change is limited to charity and not actually fixing social structures that cause poverty and other problems.”


The intent of these attacks, Korzen says, is to demonize community organizing behind the arguments against abortion and same-sex marriage. That’s the end result of what this campaign is doing,” Korzen says. “It’s taking away care from those who need it......

It’s not a new thing, Korzen says. Indeed, CCHD for decades has had its critics. But today it gets the added boost of leveraging political gains with a galvanized voting block, further inflamed by the personalities parading through our ever-expanding media options.


“For sure, we’ve seen a movement to the right in Catholic institutional settings, and I’d even go as far to say there are some elements of the Catholic institutions and some parts of the (U.S. Conference of Catholic Bishops) that have essentially been taken over by the Republican Party. That sounds like a strong statement, but it’s the truth. Over the years, the conservative movement has worked very hard to cultivate support in the Catholic churches.”

Case in point, Korzen says, is the U.S. bishops’ opposition to the health care reform bill, which was singled out as a defundable offense by the reformers, “even though the Catholic Church believes that health care is a human right,” Korzen says. “That never would have happened in the 1980s.”

The cynic in me wonders why, if this is really about adhering to Catholic teaching, these watch dogs aren't going after programs that support and encourage dead beat dads.  Why do they only go after women's reproductive rights and gay marriage?  Abandoning responsibility for one's children seems to be as egregious as any other non procreative act, so why should these men, and the groups that give them any kind of support,  be left out of the equation?  If the USCCB is going to promote the totality of Catholic sexual teaching, it's way past time we dealt with the heterosexual male side of this equation. If it's with in Catholic guidelines to yank funding from a shelter for homeless gay kids because an affiliate of the shelter spoke against an anti gay marriage initiative, why should we support homeless shelters loaded with dead beat dads?  What kind of message does that send about the importance of upholding traditional marriage and traditional gender roles?  For that matter why should we be expected to support male politicians who practice serial monogamy or listen to male journalists who have engaged in sexual assault just because they spout on about abortion and gay marriage?  Why are we supporting the kind of hypocrisy which places the onus for upholding Catholic sexual morality on the backs of women and gays?

I wonder if it has anything to do with who has control of all the money.  It probably does according to Matt Cato of the Portland Archdiocese Office of Justice and Peace:

I think Matt is probably on to something here.  None of this campaign against CCHD has anything to do with the totality of Catholic sexual doctrine--a doctrine which most assuredly insists men use their sexual apparatus responsibly, take responsibility for their children, and not commit adultery.  Since this witch hunt is based strictly on one gender and one orientation, and it's real target is the 'marxism' of community organizing, one can only conclude none of this is really about upholding Catholic teaching.  It's about who keeps control of the power and the money.  Which is why the USCCB caves in to these right wing groups.  They too are about the power and the money and who gets to stay at the top of the pyramid.  And that is not just anti Catholic, it's anti Christ.