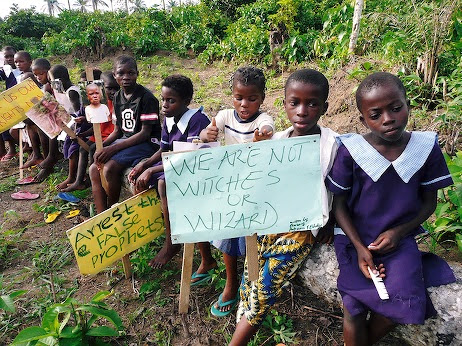 I also hope none of these children are gay.

NCR's Jamie Manson has a very good article this week.  I make it a point to read her articles because I'm jealous of her writing ability and also feel she is a voice the Church needs to hear.  One of the good things about Catholicism, and probably the reason I find it hard to jump ship, is the incredible diversity of views with in the Church itself.

I could be off base here, but twenty or so years ago things were different when it came to disagreements.  Catholics were more like football fans.  We had our favorite points of view kind of like favorite teams, but that didn't supercede the fact everyone understood no matter what you advocated, everybody cared about the Church. This was not too different from Packer fans and Steeler fans sharing a meta love for football.  Now it seems the discourse in the church is more like arguing about the relative merits of two completely different sports rather than two competing teams in the same sport.  How did this change?  What influence was on the fringes that has Catholics arguing with each other as if we're talking about two completely different sports, instead of two different teams? And what purpose could this serve?  There may be some clues in Jamie Manson's article.

The article is about the Ugandan gay situation, but there were insights in this article which transcend the gay issue and hint at other things the gay issue is masking.  It has a great deal to do with politically and deviously motivated people with in the Evangelical religious right.  Here are the pertinent excerpts:

Another panelist at the consultation, Joseph Tolten, who pastors a church in Harlem, sees the Ugandan crisis as an extension of a battle that began in the U.S a decade ago.

“For years the religious right has pitted black people and gay people against one another” to further their agenda, said Tolten. The Ugandan bill capitalizes on anti-gay anxieties about a family structure under attack in the same way that the fears of African American communities were exploited during the 2008 campaign to overturn Proposition 8 in California.According to Tolten: “because evangelicals feel they are losing the battle in the U.S., they are globalizing.” (Gee, I wonder at whose expense this globalization happens.)

Jeff Sharlet, an investigative journalist widely credited with exposing the link between the U.S. religious right and the rise of homophobia in Uganda, wrote in a September article in Harper’s:


[F]or years, American fundamentalists have looked on Uganda as a laboratory for theocracy, though most prefer such terms as ‘government led by God.’ They sent not just money and missionaries but ideas, and if the money disappeared and the missionaries came and went, the ideas took hold.
Evangelical leaders insist that they are simply trying to support the African people in their fight against this new kind of colonialism. After centuries of oppression at the hands of white people, Africans, they claim, are now having Western notions of acceptable sexual behavior imposed upon them. (Like that didn't happen with the very first missionaries on the very first day.)

But, as Tolten points out, “It is amazing that the religious right suddenly wants to raise the voices of African people. African voices never mattered on any other issues like poverty, genocide, and warfare.” (How absolutely true and very telling.)

The consultation at the U.N. church center is one example of a promising new movement among Christians in the U.S. to fight faith-based movements that spur injustice and violence. While Protestant clergy members were in the majority at the consultation, in the Catholic Church lay organizations are leading the struggle....

.......If the Catholic hierarchy does not speak out against this atrocity, it will be in violation of its own doctrine.

What’s more, not only will the church further force itself into collusion with Christian fundamentalists and extremists, it will also perpetuate Christianity’s tragic legacy of turning religion into an instrument of violence.

I believe the rise of the politically motivated Evangelical religious right has been the single biggest influence fueling the pitched battle which currently passes for American Catholicism.  Our hierarchy is front and center in perpetuating the battle.  The USCCB has become the Catholic cornerstone of the Evangelical religious right.  Abortion and gay marriage are the only issues that count and not surprisingly, converted Evangelicals like Deal Hudson and those at EWTN, are taking over as the go to voices for American Catholic opinion.  And so our Catholic hierarchy stays dead silent on Uganda while it excommunicates anyone connected with any form of abortion.

Why is this?  In the States it has to be the money. In Africa it has to be for access to the resources.  That's why the same front groups and the same politicians and the same money keeps coming up over and over again--and all of it hidden behind 'Christian' rhetoric.  This kind of thing may work for awhile, but eventually Ugandans are going to figure out that while they've been busily gay bashing and witch hunting, their resources and their future has been sold out from under them.  Just like American Catholics will eventually realize this new African exploitation was given legitimacy by the actions and rhetoric of the USCCB and the Vatican.

American Catholicism is no longer one Church with a diversity of view points.  It really is becoming two very different Churches and I maintain we have the political Evangelicals and the USCCB to thank for that.  In the meantime Uganda moves towards legalized gay executions and organizes child witch hunts while Shell Oil gets richer.  No wonder so many of the twenty somethings refuse to play these games.
Posted by colkoch at 3:05 AM