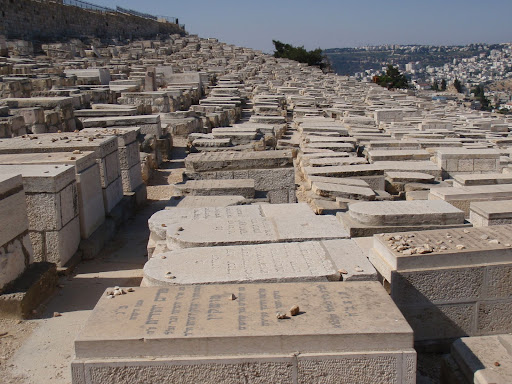 An anonymous liberal reflects on the just ended Lambeth Conference

What has the Lambeth Conference accomplished?It has impressed Anglicanism more strongly with the spirit of its leader.Despite the boycott, it has given his vision new authority.A few years ago it looked like Archbishop Rowan Williams was an essentially solitary figure, doing an impossible tightrope dance.The weird thing is that he has persuaded mainstream Anglicanism to join him on the high wire.

He has said: "My intensely awkward position is representative of the church at large" – and the church has agreed. Perhaps it has no other option, but dissolution.
A few years ago it seemed that Williams was asking liberal Anglicanism to make an impossible sacrifice. He was saying, "Let us bite our liberal tongues, for the sake of unity. Let us suffer the accusations of appeasing the homophobes, for the sake of unity. Let us put our desire for an inclusive church on hold, for the sake of unity. Let us be patient."
It seemed outrageous.
Surely most British Anglicans were committed to gay rights, and would not agree to compromise?
Surely the liberals would not allow the identity of Anglicanism to be determined by the evangelical hard line on homosexuality?
Surely this would do intolerable violence to the traditional openness of this church?
It seemed axiomatic that the evangelicals were a minority movement – a pushy and growing one, but still a minority movement.
Yet liberal Anglicanism failed to make a stand. There were obviously lots of angry noises, but they didn't add up to anything. Amazingly enough, Williams' call for patience was generally heeded. The nature of liberal Anglicanism quietly shifted. It became meek before the rise of evangelical orthodoxy.
Is it still possible to be a liberal Anglican? Not in the old way. Liberal Anglicans have to follow Williams onto the high wire, to some extent. By staying within an institution that has taken an anti-liberal turn, they collude in his act.

In other words, liberal Anglicans have been Rowanised. They buy his long-range hope for reform that the church as a whole can accept.
Why has this happened? Why hasn't a tougher liberal Anglicanism emerged that says that the truth of liberalism must not be sacrificed to "unity"? If Christian unity is so important (it would say), then surely the break with Rome was a mistake – surely Anglicans should repent of it right now. Isn't this version of Christianity one that tries to incorporate liberal principles? Why is such liberal Christian rhetoric more or less absent among Anglican clergy?
The answer, as I see it, is that institutional religion is not very compatible with liberalism, at the end of the day. It is addicted to some degree of authoritarianism, legalism. The Church of England concealed this, for centuries – thanks to its cultural establishment it was a fairly liberal Christian institution. But that era's over. It now follows the logic of Roman Catholicism – liberalism is a threat to unity.
As Giles Fraser writes in the Church Times, Christianity is an anti-legalistic religion. It emerges from a rejection of rigid moral rules. The current neo-conservative shift in the church ignores this – it "is all about the creation of a set of rules that will systematically make gospel faith all-but-impossible for Anglicans in the 21st century".
Maybe liberal Anglicans are waking up to the fact that liberalism and institutional Christianity are not gently compatible, as they were told by lots of well-meaning Anglican thinkers. That tradition is admirable, but it is dead.
Williams is a deeply admirable man, but he has no vision for Christianity's renewal in the context of liberal culture. He is offering a slightly nicer version of Roman Catholicism – an international communion whose unity trumps all other concerns.
So a fairly stark choice has emerged: stay within Anglicanism, and be part of its post-liberal realignment.
Or seek a new sort of Christian culture, accepting of liberalism, free of the old power-itch.
Leave the ruins of Christendom behind, and build afresh, on new foundations.

In thinking about my commentary I let my mind wander, wondering how Jesus might see the neo-conservatism in the Anglican and Roman Catholic Churches. This insistence in both that unity based in authoritarian legalistic structures as the greatest concern and their mutual need to literally interpret the Bible as justification for just about everything. I found myself reading Mathew 23:

1
Then Jesus spoke to the crowds and to his disciples,
2 saying, "The scribes and the Pharisees have taken their seat on the chair of Moses.
3
Therefore, do and observe all things whatsoever they tell you, but do not follow their example. For they preach but they do not practice.
4
They tie up heavy burdens (hard to carry) and lay them on people's shoulders, but they will not lift a finger to move them.
5
All their works are performed to be seen. They widen their phylacteries and lengthen their tassels. (now they even have 30' silk cappa magnas)
6
They love places of honor at banquets, seats of honor in synagogues,
7
greetings in marketplaces, and the salutation 'Rabbi.'
8
As for you, do not be called 'Rabbi.' You have but one teacher, and you are all brothers. (Now a days all are clerical brothers unless you happen to be gay and honest, and clerical sisters is still an official oxymoron.)
9
Call no one on earth your father; you have but one Father in heaven.
10
Do not be called 'Master'; you have but one master, the Messiah.
11
The greatest among you must be your servant.
12
Whoever exalts himself will be humbled; but whoever humbles himself will be exalted.
13
"Woe to you, scribes and Pharisees, you hypocrites. You lock the kingdom of heaven before human beings. You do not enter yourselves, nor do you allow entrance to those trying to enter.....
16
"Woe to you, blind guides, who say, 'If one swears by the temple, it means nothing, but if one swears by the gold of the temple, one is obligated.'
17
Blind fools, which is greater, the gold, or the temple that made the gold sacred?
18
And you say, 'If one swears by the altar, it means nothing, but if one swears by the gift on the altar, one is obligated.'
19
You blind ones, which is greater, the gift, or the altar that makes the gift sacred?
20
One who swears by the altar swears by it and all that is upon it;
21
one who swears by the temple swears by it and by him who dwells in it;
22
one who swears by heaven swears by the throne of God and by him who is seated on it. (Is Jesus actually saying that swearing by our own understanding of God is greater than swearing by the altar or the temple? I don't know how else you could interpret this.)
23
"Woe to you, scribes and Pharisees, you hypocrites. You pay tithes of mint and dill and cummin, and have neglected the weightier things of the law: judgment and mercy and fidelity. (But) these you should have done, without neglecting the others.
24
Blind guides, who strain out the gnat and swallow the camel! ( I can't think of a better metaphor for what is happening in Christianity over the gay issue.)
25
14 "Woe to you, scribes and Pharisees, you hypocrites. You cleanse the outside of cup and dish, but inside they are full of plunder and self-indulgence.
26
Blind Pharisee, cleanse first the inside of the cup, so that the outside also may be clean.
27
15 "Woe to you, scribes and Pharisees, you hypocrites. You are like whitewashed tombs, which appear beautiful on the outside, but inside are full of dead men's bones and every kind of filth.
28
Even so, on the outside you appear righteous, but inside you are filled with hypocrisy and evildoing.

33
You serpents, you brood of vipers, how can you flee from the judgment of Gehenna?
34
18 Therefore, behold, I send to you prophets and wise men and scribes; some of them you will kill and crucify, some of them you will scourge in your synagogues and pursue from town to town,
35
so that there may come upon you all the righteous blood shed upon earth, from the righteous blood of Abel to the blood of Zechariah, the son of Barachiah, whom you murdered between the sanctuary and the altar.
36
Amen, I say to you, all these things will come upon this generation.
37
"Jerusalem, Jerusalem, you who kill the prophets and stone those sent to you, how many times I yearned to gather your children together, as a hen gathers her young under her wings, but you were unwilling!
38
Behold, your house will be abandoned, desolate.
______________________________________

I guess there's really not much I can add to the above commentary from Jesus. The last line about says it all. How prophetic is this?

What amazes me is that clerical authorities are still BLIND GUIDES. They can't seem to get over filtering the reality of the events around them through their own ego constructs. Jesus gives them the prescription for this when He advises them to clean the inside of their cup so the outside may be clean. This isn't rocket science. This dealing with your 'shadow self' is crucial to following Jesus or entering His Kingdom. What's true for the individual is also true for the institution. All of one's pet beliefs need to be questioned, especially if they are pet beliefs.

In many respects WYD showed the shiny outside of the institutional cup, while the filthy inside was covered over with platitudes and empty apologies. The filth is in the clerical system and it's abuse of power. Things which Jesus deals with in the above chapter. As it was, so it is.

Liberalism, as the opening article states, is really being presented with a clear cut choice. We either become passive enablers of a system which is fundamentally opposed to the vision of Jesus, or we 'seek to build anew on fresh grounds.' It may be that we have to let go of the 'white washed tombs'.
(Biblical quotes taken from New American Bible)