An Incomprehensible Double Standard: VIAGRA vs the Pill 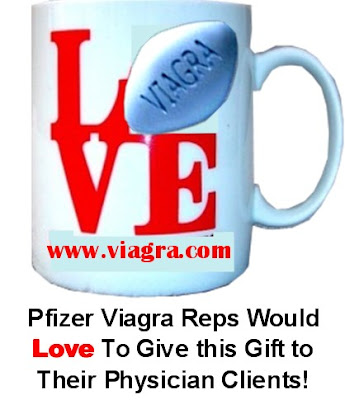 
Health Canada statistics show that about 12 percent of people who tested positive for HIV in the first six months of 2003 were 50 or older. "I have no doubt that Viagra and similar drugs have dramatically changed the sex lives of some older people and that is going to be reflected in higher rates of HIV/AIDS," said Dr. Réjean Thomas, director of Clinique Médicale L'Actuel.

Paul Lapierre, of the Canadian AIDS Society, said the disease's prevalence among older people, younger women, aboriginals and intravenous drug users reflects the growth and complexity of the epidemic. "Clearly, we have to do a better job of targeting our message," he said.
Lapierre said older Canadians with HIV/AIDS are difficult to reach because of taboos about talking about sex, attitudes toward condom use, and reluctance to get tested. Thomas stressed that contrary to popular belief, Viagra and its new competitor, Cialis, are not used solely by older men. The drugs, he said, have become part of the rave scene, and he noted dramatic rises in chlamydia, gonorrhea, syphilis and herpes in recent years at his STD clinic.

Dr. Jeffrey Klausner, head of STD prevention and control for the San Francisco Department of Public Health, published a study, "Increased Risk of HIV and Sexually Transmitted Disease Transmission Among Gay or Bisexual Men Who Use Viagra, San Francisco 2000-2001" in AIDS (2002;16(10):1425-1428), showing that Viagra users had about 35 percent more sexual partners and 35 percent more STDs than non-users. The average age of users was 32.


I first became aware of the problem with Erectile Dysfunction pills and the rising numbers of over 50 AIDS vicitms in a documentary I saw three years ago. The documentary chronicled the lives of 6 AIDS patients in one retirement community in Phoenix. All five women were infected by the AIDS virus by the same male partner. He admitted to contracting the disease from a street prostitute in Las Vegas when he was 'test driving' his new Viagra prescription. Apparently the results of the 'test drive' were so wonderful that he took those results home with him. This is just one of untold stories of AIDS in retirement communities and among the elder set. The statistic quoted above in the Canadian journal are mirrored in the United States.

The increase in AIDS amongst the blue haired set 'coincidentally' came about a few years after the widescale introduction of Viagra. Pfizer, who manufactures Viagra, claims all this is just a coincidence. (By the way, I came across a strange little article which claimed that in May of last year, the Vatican has struck a deal with Pfizer to buy their Nerviano, Italy Viagra plant. If true, this is quite the purchase by our 'celibate' clergy.)

The egregious double standard in all of this is that the Church in some quarters has actively encouraged the use of Viagra as an aid to marriage, especially in Spain. Sales of Viagra are growing most rapidly in Spain. There has been no mention of the fact that Viagra can lead to all kinds of promiscuous behavior, such as the above article shows. Promiscuous behavior which is indicated by increased STD levels in younger populations and the prevalence of ED drugs on the party scene. ED drugs are the most bought and sold illegal drugs in Mexico. Must be a lot of happy marriages in Mexico. I was unable to find one pronouncement from any Vatican authority on the use of Viagra encouraging promiscuous behavior.

How surprising is that when one of the biggest fighters against insurance companies providing benefits for birthcontrol is the Roman Catholic church. The same insurance companies will cover ED drugs with no opposition from church authorities. On average birth control drugs are half the cost of ED drugs. Cost apparently isn't the issue. Nor is the potential for promiscous behavior.

Obviously the Church must think ED drugs are the cat's meow because they increase the ability to procreate. Apparently procreating is such the greater good that all the statistics which point to the abundant use of these drugs for promiscuous sex can be overlooked. The simple fact that ED might be a NATURAL part of male ageing can be overlooked.

The Vatican was even consulted by Pfizer before full scale production to make sure they would have no religious reasons against the use of the drug. Apparently the Vatican decided to see Viagra in the same case as Insulin injections, a medical intervention in the service of life, not a quality of life issue such as birth control or face lifts. I see this as just another way of underlining the fact that male virility is seen as the ultimate expression of masculinity in the 'Natural Law' scheme of things. A pill for that plumbing is Godly. A pill for the other plumbing is Satanic.

So as unsuspecting older women contract AIDS from their ED pilled up male mates, natural law is upheld. Ain't it great to be a Catholic woman. It sure is to be a Catholic man.
Posted by colkoch at 10:00 AM