Rest Areas On The Spiritual Road 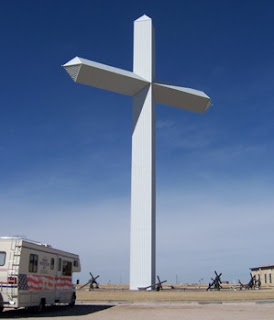 I believe I actually zoomed past this very spot on the Texas, New Mexico border. You can't miss the cross and it wasn't the only one of it's kind I zoomed by.