The Paradox of Vatican II 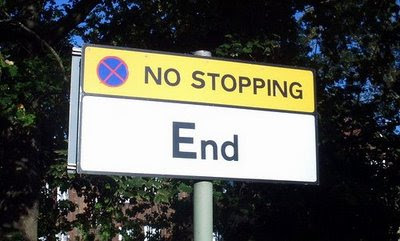 I've been struck by a comment left by a priest in response to John Allen's latest article on the NCR. The commenter is reflecting on a statement made by Cardinal Mahoney concerning one of the problems the Cardinal sees with in the current church--that of the generational divide with in the priesthood:
"the article points out to two things I experience. The divide between the clergy is apparent. I went to a evening of discernment where there usually have a younger priest and an older one. When asked the question, Why did I want to be a priest, I mentioned the wonderful and selfless service that I witnessed with the religious in my life. My priests, teachers, and I saw how happy they were. When the younger priest responded he said that he experienced a call praying in the presence of the blessed sacrament. No where in his 20 minute answer did the word service ever come up. So much for the ministerial priesthood."
I've noticed this generational divide as well. The seminaries which are flourishing are cranking out what I call 'sacramental' rather than ministerial priests. Sacramental priests have a very different mindset from a ministerial priest and consequently very different views of the Church and it's mission in the world.
I think one of the problems the framers of Vatican II failed to discern is that they were creating a vision for the Church which was in no way, shape, or form, supported by the psychology of the clerical priesthood or the institutional structure. In fact, the whole notion of Vatican II really consisted of a group of bishops and theologians proposing a theology and psychology from which the council itself did not act. In other words they were proposing a more bottom up theology and psychology but doing it from a seriously top down authority structure, which at the highest levels also believed it was infallible.
They were proposing more freedom and choice--maturity-- for the laity, while enacting those decrees with virtually no input from the laity or the clergy who would have to bring them to fruition. They were talking things they themselves weren't walking, and in many cases had no experience of walking. Vatican II was offered to the Church out of an institutional vacuum on how just to enact or model Vatican II. No wonder it all got so confusing.
In retrospect, the issuance of Humanae Vitae brought this entire paradox to the surface. Paul VI demonstrated in spades that the institution could talk the talk, but had no intention, nor any idea of how to authentically walk the walk. The trend since Humanae Vitae seems to be to rework the interpretation of the documents of Vatican II in such a way that they support the exact clerical theology and psychology they were meant to transcend. Hence we have the 'reform of the reform' and young priests who see themselves as sacramental celebrants rather than ministers to fellow pilgrims.
I can't see how the institutional church can reconcile itself with the psychology and view of humanity of Vatican II without reworking the entire notion of priesthood and church governance. The option they seem to be following is to let the Church reduce itself in numbers until a vastly shrinking laity fits the number of vastly shrinking priests. They seem utterly incapable of entertaining the notion that the Holy Spirit's answer to the call for vocations to the current form of priesthood is a resounding "NO". I can understand that on one level. Accepting that answer would in essence be accepting the rejection of one's own calling. In reality though, it's really accepting rejection of one's interpretation of one's vocation and that is a different concept.
In the meantime, the paradox of Vatican II is being played out in political divisiveness. The more traditional camp siding with the authoritative clerical priesthood and the more liberal type searching for meaning outside that authority. I have no doubt that at Vatican II the Spirit was moving things in the proper direction for the evolution of mankind. I also have no doubt that the very people who were inspired to write these documents were incapable of discerning those notions also applied to them. In some respects Benedict really is the perfect Vatican II Pope. Brilliantly able to teach the concepts while oblivious to the fact he doesn't have the personal psychology to govern from them.
Unfortunately for the American church the real divisions have come from episcopal appointees who not only can't walk the walk, they can't talk the talk. Too many of them are Canon lawyers. That mindset has mired us in legal definitions of abortion and traditional marriage, rather than pastoral solutions that deal with the human person. It is however, a nice strategy for enhancing their own canonically derived authority with in their own dioceses. It is a real sign of the current times when so many of them use Canon Law to support their authority rather than rely on their pastoral ability. That this mentality filters down to their seminarians is hardly surprising.
Until some really inspired brilliant person can convince the ecclesial structure that they really can govern the Church inspired by the psychology and theology of Vatican II, the church will continue to fracture. It is completely inauthentic to teach from one world view while governing from it's opposite. The exodus from the pews, coupled with all the fear based legal rhetoric shows the depth of this truth. So does the lack of priestly vocations. So does the propensity for Catholics to fracture a long political lines rather than unite around a shared belief in Jesus. None of this will change until the smoke screen of the 'reform of the reform' includes the completely unreformed ecclesiastical and clerical structures.
Posted by colkoch at 11:55 AM