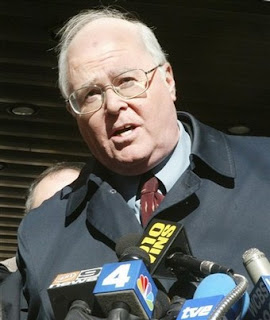 HYSTERIA OVER IRISH CLERGY ABUSE
May 20, 2009--Catholic League
After nine years of investigation, Ireland’s Commission to Inquire into Child Abuse has published its findings. More than 30,000 children, most of them delinquents, passed through one or more of Ireland’s Catholic-run institutions from the 1920s through the 1980s. (This is absolutely untrue. The vast majority were not delinquents.)
Catholic League president Bill Donohue comments on the report today:
Reuters is reporting that “Irish Priests Beat, Raped Children,” yet the report does not justify this wild and irresponsible claim. Four types of abuse are noted: physical, sexual, neglect and emotional. Physical abuse includes “being kicked”; neglect includes “inadequate heating”; and emotional abuse includes “lack of attachment and affection.” Not nice, to be sure, but hardly draconian, especially given the time line: fully 82 percent of the incidents took place before 1970. As the New York Times noted, “many of them [are] now more than 70 years old.” And quite frankly, corporal punishment was not exactly unknown in many homes during these times, and this is doubly true when dealing with miscreants. (Richard Sipe called Donohue a bozo for these statements. I have a different opinion. See below.)
Regarding sexual abuse, “kissing,” and “non-contact including voyeurism” (e.g., what it labels as “inappropriate sexual talk”) make the grade as constituting sexual abuse. Moreover, one-third of the cases involved “inappropriate fondling and contact.” None of this is defensible, but none of it qualifies as rape. Rape, on the other hand, constituted 12 percent of the cases. As for the charge that “Irish Priests” were responsible, some of the abuse was carried out by lay persons, much of it was done by Brothers, and about 12 percent of the abusers were priests (most of whom were not rapists). (The amount of projection Bill is engaging in is truly mind boggling.)
The Irish report suffers from conflating minor instances of abuse with serious ones, thus demeaning the latter. When most people hear of the term abuse, they do not think about being slapped, being chilly, being ignored or, for that matter, having someone stare at you in the shower. They think about rape. (Most people define abuse as getting viciously exploited, as you are doing here, once again, to the victims.)
By cheapening rape, the report demeans the big victims. But, of course, there is a huge market for such distortions, especially when the accused is the Catholic Church.