Of Double Standards And Double Speak 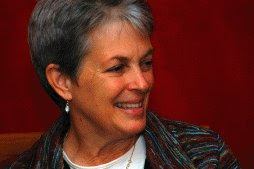 She Participated in Attempted Ordination of Women
ST. LOUIS, Missouri, JUNE 27, 2008 (Zenit.org).- Archbishop Raymond Burke has disciplined a Sister of Charity who has promoted and participated in an attempt to ordain two women to the priesthood. Sister Louise Lears was accused of four delicts connected to her "encouragement of, promotion of and participation" in the attempted ordination of two women to the priesthood in November 2007.

The decree of extra-judicial adjudication regarding the sister was published Thursday, the day before the archbishop of St. Louis was named the prefect of the Apostolic Signature, the supreme court of the Church. The Sister of Charity, is a member of the pastoral team at St. Cronan’s Catholic Church in South St. Louis, and a coordinator of religious education in the archdiocese. A statement accompanying the decree affirms that, after a process of several months, the archbishop found the sister guilty of three of the four delicts of which she was accused.

"Delicts, which must be published in the Church," the note said, "are grave and external violations against the Catholic faith or moral teaching." AccusationsSister Louise Lears is accused of four delicts: "1) the obstinate rejection, after written admonition, of the truth of the faith that it is impossible for a woman to receive ordination to the sacred priesthood (cann.750, §2; and 1371, 1º); 2) the public incitement of the faithful to animosity or hatred toward the Apostolic See or an ordinary because of an act of ecclesiastical power or ministry (can. 1373); 3) the grave external violation of divine or canon law, with the urgent need to prevent and repair the scandal involved (can. 1399); and 4) prohibited participation in sacred rites (can. 1365). "The statement affirms that throughout the process, Sister Lear's "right to defend herself against the accusations was carefully safeguarded."

A text accompanying both the statement and decree reported that Archbishop Burke met privately the Sister Lears to issue a summons and canonical admonition, which is considered a warning. Given that Sister Lears did not acknowledge that her public actions are against Church teaching, the archbishop has issued the penalty of interdict.

"This means that Sister Louise Lears cannot participate in public worship and cannot receive the Sacraments until she repents. The penalty of interdict is aimed at calling the persons away from their sin and to reconciliation with Christ and His Church," said the text.

Archbishop Burke ruled that the fourth delict is a "question of the competence of the Congregation for the Doctrine of the Faith," so he has referred the matter that dicastery. The archbishop imposed the following canonical penalties upon Sister Lears: "1) the penalty of interdict and 2) the prohibition of receiving any mission in the Archdiocese of Saint Louis, effective immediately. "Interdict prohibits the reception of the sacraments. The prohibition of receiving any mission prohibits the holding of any Church position or the exercise of any apostolate of the Church in the Archdiocese of St. Louis."

The note says the "penalties are imposed for the purpose of bringing Sister Louise Lears to repentance for the delicts which she has committed and to reconciliation with the Catholic Church."

The statement continues: "Archbishop Burke expressed his sadness in imposing the canonical penalties which were necessitated by the refusal of Sister Louise Lears, even after repeated admonitions, to withdraw her statements and repudiate her conduct which have constituted grave delicts in the Church."The archbishop asks all of the faithful of the archdiocese to pray for the reconciliation of Sister Louise Lears with the Church."

The mystery surrounding the whereabouts of Bishop Thomas L. Dupre for more than two years may have been solved .At a retreat in June in Pennsylvania, the former head of the Roman Catholic Diocese of Springfield listed his address as St. Luke Institute, the Silver Spring, Md., the facility he checked into in February 2004 upon abandoning his position amid allegations of sexual abuse of minors.

Dupre attended a retreat from June 13 to June 21 at the Jesuit Center for Spiritual Growth in Wernersville, Pa., according to an official at the retreat center.Upon registering at the retreat, Dupre listed his address as St. Luke Institute, according to the retreat official. A 21/2-year stay at St. Luke Institute is highly unusual as treatment at the facility rarely lasts as long as six months, according to people familiar with the institute and the facility's Web site. For this reason, there was a strong assumption that Dupre didn't remain at the facility for more than a few months upon his resignation as bishop.

Among St. Luke's treatment programs is a Halfway House Program, which usually lasts three to six months, according to the facility's Web site. Dupre's long stay reflects the preferential treatment that bishops have received from the church during the clergy abuse crisis, according to critics of the Catholic Church's handling of the crisis.

"Those bishops (accused of abuse) are certainly being protected by the system," said Terence B. McKiernan, co-director of BishopAccountability.org. He cited the policy that U.S. bishops created on clergy sexual abuse, which includes no guidelines to discipline bishops for sexual abuse of minors. "The Vatican takes control. It means a lay person has no recourse in the discipline of bishops," McKiernan said.

If the Vatican took action against Dupre, the Roman Catholic Diocese of Springfield would not necessarily be informed of it, Springfield Diocese spokesman Mark E. Dupont said yesterday. David Clohessy, executive director of the Survivors Network of Those Abused by Priests, said bishops are treated like royalty by the church, regardless of their behavior." St. Luke is one of the most expensive places to put abusers. Given the hundreds of priests who need treatment for abuse, it seems a little odd that he would be there for 21/2 years," Clohessy said.

Citing confidentiality laws, St. Luke declined to confirm Dupre's presence there. The institute also declined to return a call seeking information about lengthy stays for treatment and costs. St. Luke's Web site doesn't list treatment costs. However, the average cost of a private treatment facility is more than $650 per day, according to numerous listings of facilities on The Addiction Recovery Guide Web site.

Citing confidentiality, Springfield diocesan officials have refused to discuss publicly Dupre's whereabouts. With regard to Dupre, the diocese continues to comply with guidelines established by the U.S. Conference of Catholic Bishops regarding benefits to retired bishops, according to Dupont. The guidelines include a monthly stipend of at least $1,500, appropriate housing and board, complete health insurance benefits, an automobile, all expenses for trips to provincial, regional and national bishops' meetings and workshops as well as possible occasional visits to the Vatican.

John M. Bowen of Longmeadow, head of Voice of the Faithful's chapter in East Longmeadow, expressed disappointment that the diocese wasn't more forthcoming with information about Dupre's whereabouts."We think the diocese owes something of an explanation to those of us in this diocese who feel betrayed," said Bowen."We are treated like we are children. We are adults. ... The perception of a cover-up continues," Bowen said.

Dupre was accused of sexually abusing two minors when he was a parish priest more than 10 years before he was installed as the diocese's bishop in 1995. Dupre was indicted by a Hampden County grand jury in September 2004 on two rape charges stemming from the abuse accusations. Hampden County District Attorney William M. Bennett chose not to pursue the charges because the criminal statute of limitations had expired. Dupre's accusers Tuan Tran and Thomas Deshaies have pending lawsuits against Dupre and the Springfield diocese.
Clohessy and McKiernan say there are many cases of preferential treatment given bishops by the church.

How long will we laity put up with this? On one hand we have a bishop who was legally charged with two counts of rape, and on the other a nun who has been charged with actively supporting the ordination of women. One is under interdict and one is apparently still at St. Lukes and still retains his priestly faculties.

What is the message here? Is it that the open advocacy of ordaining women is sacramentally far worse than raping our children, a crime so heinous that expulsion and interdiction are mandatory. Or is it that bishops live in their own little world and are accountable to no one other than their fellow clerics in the Vatican? If the latter is true then based on John Paul's dead silence on the abuse issue and vehemence against the ordination of women, one can't help but come to the conclusion that raping our children is far less of a sacriledge than advocating for women priests.

No wonder Burke is on his way to the Vatican and Dupre is enjoying an apparently permanent vacation at St. Luke's. I say apparently because I was unable to find an update. 2006 is the last anyone publicly spotted him according to Bishop-accountability.org. By the way this site lists 15 other bishops accused of sexual impropriety with minors. This doesn't include those bishops with credible charges of sexual impropriety with adults, and of course, none of them have been laicized or placed under interdict. Sexual sins are only really important for the laity and lesser clergy.

One can't help but wonder why the concept of women priests is so much more threatening to our Catholic Faith than the rape of our children. Could it be that a lot of these bishops are more terrified of sharing their authority with women and with married clergy for a reason? That to do that would somehow invite themselves to a kind of scrutiny they don't want? That maybe women in their ranks would expose the underlying hypocrisy of male celibacy. That it would disolve the hidden side of the sexuality practiced by so many of our clergy in the secrecy of their own entirely male caste. Couldn't be that could it?

Sex and power, sex and power hmmm, maybe this is the reason they so desperately want Bishop Geoffrey Robinson to keep his mouth shut and his opinions to himself. I read a quote from the good bishop upon his return to Austrualia from his American speaking tour. He returned to find 13 letters from various American bishops telling him to stay out their dioceses. Bishop Robinson said he was utterly amazed at the apparent dysfuntion in the American Church. That it was far worse than he ever supposed. Ya think?

Poor Sister Louise, I'm sure she's just as befuddled by all this double standard stuff in the same way I am. Maybe she'll take over religious education at St. Stanislas Kostka. She must have met Father Marek at the same ordination and now since they are both under interdict/excommunication they can share war stories. Because this is what it's getting to be, a war for the heart and soul of the Church.