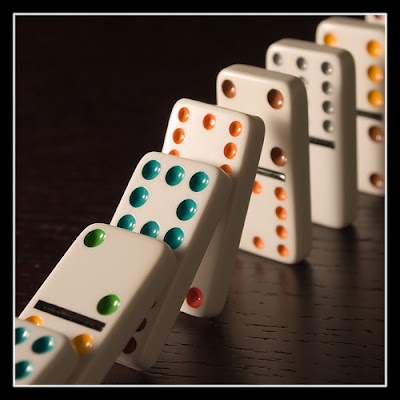 Schönborn shares Iby’s concern about celibacy
Austrian Independent - 5/17/2010
Vienna Archbishop Christoph Cardinal Schönborn said Monday he shared the concern of Eisenstadt Bishop Paul Iby’s concern about mandatory celibacy for Roman Catholic priests.
"The concern that Bishop Iby expressed is shared by all of us (Austrian bishops), and I am happy to be in a Church in which there is freedom of speech and opinion," he said.
Austrian bishops had been expected to discuss celibacy at last week’s parish council conference in Mariazell, Styria, that they all attended but there has been no public confirmation that they did.
The cardinal added that the process of selecting Iby’s successor was proceeding "normally" and would be more transparent than in the past. Iby is to retire soon.
Schönborn cited the conference’s approval of the drawing up of guidelines for the handling of sexual-abuse cases in the Church for consideration by bishops at June’s meeting of the Austrian Bishops Conference as a "concrete achievement."
Wolfgang Müller, a spokesman for parish councils in Salzburg diocese, said the conference had been "an instance of democracy in the Austrian Church.
Austrian Roman Catholic bishops had said last week that they would refuse to comment on Iby’s controversial call for an end to mandatory celibacy for priests.
A media survey of bishops’ press offices produced the same "no comment" response in each case. One spokesperson said that bishops had agreed not to comment publicly on each other’s statements.
Roman Catholic lay organisations welcomed Iby’s call for an end to obligatory priestly celibacy.
Peter Hurka, chairman of the platform "We are the Church," said that Iby’s call would promote public discussion of celibacy. Both Herbert Kohlmaier from the "Lay Initiative" and he were sceptical, however, that change would occur.
Hurka said that it was "clear that the Vatican controls bishops and a resignation is one way of escaping from such control." (Actually, the Vatican is maintaining just the opposite in an abuse case in Kentucky.)
Kohlmaier claimed that Iby’s suggestion was reasonable even if it had come "a little late" and added he might have spoken out because he wanted to retire. (That is always the safest time to speak from your conscience--when it won't cost anything.)
Kohlmaier added that he expected no change as long as Pope Benedict XVI was in office since the Vatican did not "take bishops’ opinions seriously." It was positive, however, that more and more bishops were calling for an end to celibacy, he added.
Helmut Schüller from the Pastors-Initiative called on bishops who agreed with Iby to speak out. He claimed the Vatican’s authority was "exaggerated. The entire absolutist system built on a spiral of silence will rapidly collapse if the bishops work together for change." (That's pretty much how it worked in communist Eastern Europe and it did collapse rather rapidly.)
A politician also came out in support of Iby. Social Democrat (SPÖ) Defence Minister Norbert Darabos, who is from Burgenland, praised Iby’s "courageous suggestion, the first step on the way to a more humane Church."

I'm beginning to think the Vatican strategy of dumping on the bishops they themselves chose is starting to whiplash against them. The issue of changing mandatory celibacy is an obvious first safe step because the collapsing dynamics of the priesthood justifies the speculation, and celibacy is an issue of discipline, not doctrine. As a discipline it does not touch on the notion of infallibility.
However, since Benedict has consistently maintained celibacy will not change under his watch, the Austrian discussions do impact on how far these bishops are willing to take lock step obedience over non doctinal issues. They are pecking away at the outer edges of Catholic practice. More importantly, they are not maintaining the usual silence which surrounds these kinds of discussions on the ecclesiastical level.
It is this lack of silence, more so than the discussion of celibacy, which will cause a great deal of consternation in the Vatican. It might only be Austria at this point, and Austria has a history of speaking out, but this could be the first in a long line of outspoken national synods. Kind of like the dominoes fell in Eastern Europe, one after another, faster and faster.
For me this voice coming from Austria is an important reminder. It is so easy and so gratifying to throw the hierarchical baby out with all it's dirty bathwater. I need the reminder that so much of that dirty bathwater was not the result of active complicit behavior, but of silence in the stench of it's filth.
I often write about the necessity of walking one's talk, but the truth is lots of talk can shine light on the need to walk the talk. Words do matter. They can be the bloodless shot heard round the world. If this wasn't true the Vatican wouldn't put so much time and effort in attempts to control the Word and Cardinal Schonborn and his fellow Austrian bishops wouldn't be so free in making sure their words are heard.
Pope Benedict is 83, the Vatican is in disarray, it's a good time to get words past the keepers. Kudos to the Austrian Bishops and may more national synods speak their truth. Let the dominoes fall.