Is The ADF Defending First Ammendment Rights Or Expanding The Rights Of Christian Moralists? 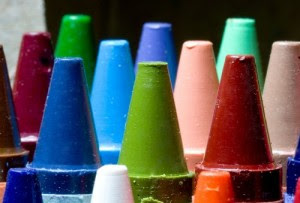 The ADF is attempting to jam the Christian morality crayon in the secular counseling box.
The Alliance Defense Fund has initiated a couple of law suits that have me intrigued.  They involve graduate level counseling students whose Christian views about homosexuality are deemed by their faculty supervisors to have compromised their ability to function with in today's professional counseling paradigm.

According to attorneys for the ADF:  “A public university student shouldn’t be threatened with expulsion for being a Christian and refusing to publicly renounce her faith, but that’s exactly what’s happening here. Simply put, the university is imposing thought reform,” said ADF Senior Counsel David French. “Abandoning one’s own religious beliefs should not be a precondition at a public university for obtaining a degree. This type of leftist zero-tolerance policy is in place at far too many universities, and it must stop. Jennifer’s only crime was to have the beliefs that she does.”


The ADF filed another similar suit against Eastern Michigan University which they lost in federal district court and are now appealing. This one has an additional wrinkle in that the Christian student was assigned a client for counseling whose major issues revolved around homosexuality.  After consultation with her faculty advisers she referred the client to another counselor.  This is standard professional procedure for any counselor who identifies a serious potential conflict which might impair their ability to help a given client.  The faculty at EMU then suggested a remedial program for the student which was designed to bring her 'belief' structures in line with the programs philosophy.  I don't know, but I suspect this had to do with helping her see the difference between a definition of mental illness based in 'morality' and one based in more objective standards.

I understand the ADF is a group of Christian lawyers defending the rights of Christians to be Christian in a secular society.  I just happen the think they are arguing for the sake of proselytizing.  Both of these students are enrolled in secular counseling programs which adhere to professional ethical standards and categories of diagnosis accepted across the mental health professional continuum.  In these standards homosexuality itself is not considered abnormal or a symptom of mental illness.  Nor is homosexuality considered a moral illness.

One of the major attributes a counselor is supposed to accept in working in secular settings is not to operate out of counseling paradigm that is overly influenced by personal moral thinking.  If a given counselor is unable to conform there are religious settings that will encourage one to do this to their heart's content. And as I am quite familiar with,  there are no such restrictions on clients.  Many of them do seek to deal with their issues as moral illnesses rather than my notions of diagnostically derived mental illnesses.  I routinely referred these clients to counselors who shared their particular world view.

The problem the ADF is going to have is they want to legally assert a Christian counselor has the right to assert their own definition of moral illness in secular settings.  I'm sure they would also be inclined to argue the opposite, that a secular counselor has no right to take their definition of what constitutes professionally accepted mental illness into a religious setting.  In this case freedom of religious speech trumps accepted secular professional practice and legally mandated non discrimination clauses across the board.

In the EMU case these are the issues which fuel the ADF case:  The EMU speech codes enabling the university’s actions were challenged as part of the ADF lawsuit, Ward v. Wilbanks. One policy prohibiting “discrimination based on…sexual orientation” adds that counselors cannot “condone” what the university defines as discrimination. Another problematic policy states that EMU’s counseling department may discipline a student who shows a “failure to tolerate different points of view.”

It seems to me the ADF wants Christians to have their cake and eat too. Something I doubt they would extend to Muslims. I will give them some credit though, this is a clever way of attempting to introduce 'moral' illnesses back into secular practice. Beliefs dictate moral views and in my estimation, a professional secular program teaching current professional models and best practices,  has every right to determine a prospective professionals belief structure and determine if that belief structure is incompatible with it's professional code of conduct.  Or to put it differently, secular programs shouldn't be under any more pressure to professionally 'ordain' Christian moralizers than the Catholic Church is to 'ordain' women.
Posted by colkoch at 10:31 AM