What's A Frustrated Catholic To Do? 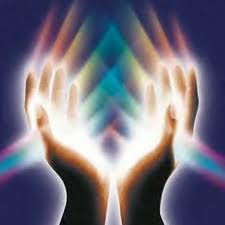 Today I want to feature a couple of posts from two prominent writers who have extensive experience with the more corrupt aspects of clericalism.  The first is an excerpt from Eugene Kennedy's current article at the National Catholic Reporter.  The second is from Fr. Tom Doyle explaining how clericalism itself engendered the duplicitous responses of bishops to clerical abuse allegations.  Fr. Tom's is actually a response to an analysis by William Carfardi as posted in Commonweal.  Cafardi's article dealt with the influence of 'secrecy' as an official Church strategy.  Fr. Tom has a different take.  First Eugene Kennedy:

Chicago was once the imperial seal embossed on America's clerical culture. That's when Cardinal Mundelein rode to his brick replica of Mount Vernon on the seminary grounds in a limousine with crimson strutted wheels and would ask absently, on his way to a priest's funeral, "What was Father's name again?" Chicago still has a cardinal archbishop named Francis George who is also president of the U.S. Conference of Catholic Bishops. He is pleasant the way the man who sells you a suit is and just as hard to recall afterward. His phantom-like presence, except when he gets irritated with gays who want to receive the Eucharist together, is a symptom of the withering away of the clerical culture.


Clerical Culture, once the greatest show on earth, has not posted its closing notices but, like the three ring circus it so closely resembled in its days of glory, it has seen its tattered wonders outstripped by those of modernity, and the people are neither enticed by its barkers nor willing to believe in its clever illusions anymore. Its dissolution is a sign, starker than a symbol cut into a wheat field, of the collapse of the hierarchical pre-Vatican II establishment that so many righteous clerics are struggling to restore. (Kennedy makes a very important point.  The scientifically unprovable claims of the Church, along with it's unique and self serving interpretation of it's own history,  have been totally outstripped by modern science, psychology, anthropology, historical scriptural scholars, and archeology.)

Fr. Tom's essay explains in more detail than Eugene Kennedy's, why this culture itself created secrecy and why those who belong to the culture can't let it die in spite of the over whelming evidence as to it's practical,  moral, and criminal dysfunction.

The Church is a visible institution. The Church teaches as official dogma that the Church as we know it, that is, a hierarchical structure that is totally run by celibate male clerics (mostly bishops), was instituted by Jesus Himself. The Church teaches that the pope is the representative (Vicar) of Christ on earth. It teaches that Christ founded His church and left it in the control of the twelve apostles and explicitly willed that these apostles pass this power down to their successors. Consequently the official teaching is that the visible church is run by men who have been explicitly chosen by the Supreme Being. Furthermore the Church teaches that priests are fundamentally different than other humans. They are, in the words of John Paul II, uniquely configured to Christ. Catholics are taught to believe that priests are special. They represent Jesus Christ. They have very special spiritual powers. Their intercession is essential for anyone who wishes to make it to heaven in the next life.


This teaching is the foundation for the clerical culture that runs the Church. Clericalism is the belief that clerics (deacons, priests and bishops) are superior to lay persons and are rightfully entitled to deference, unquestioned respect and exemption from many of the obligations born by most lay people. This clerical world is the home of the men who make up the Church power structure. The Church teaches that this structure is the church. To be a Catholic, one must believe totally in the teachings about the nature of the church strictures and the sacredness of the Church’s clerical ministers.

If all of these things were true! The problem is that there is no authentic historical evidence that any of it is true. The various titles, roles and offices attributed to popes, bishops and priests are not products of divine revelation but of human invention, often as a response and reaction to serious external threats to the power and wealth of the clerical aristocracy. For example, and it’s a good example, Papal Infallibility was literally invented by Pope Pius IX and forced through the First Vatican Council...for political reasons. The pope’s kingdom, the Papal States, was threatened with dissolution by the Italian social upheaval at the time. Likewise the title “Vicar of Christ” was part of a conscious program of a medieval pope to fortify papal power. This title has had a long and complex and by no means consistent history. It was not applied to the Papacy until the 13th century when Pope Innocent III took it to enhance his overall program of actively concentrating just about all power in the Church in the papacy.

Consequently this massive institution seeks above all to preserve itself. Sexual abuse of children or anyone by members of the sacred elite is potentially disastrous for the image, credibility and hence the power of the Church. The bishops really believe that they are essential to the existence of the Church. Therefore protecting the hierarchy is essential and believed to be God’s will. The popes and the bishops did not have to conspire to keep sexual abuse by clergy buried as deeply as possible. The secretive response is in the blood of the bishops. It is rooted in the fundamental urge to survive. Disruption and disintegration of the monarchical structures of the Church means the end of the system of power and control as we know it. This poses an unthinkable threat to the clergy and to the clerical world. The threat is personal because this world, this monarchical institution, this magical theological support system is the past, present and future of the bishops. It is their source of identity. To change or destroy it is a threat to the very being of the clerics who feed off of it. (And the same can be said for the laity who truly believe the theology and incorporate all of this as part their ego identity. They are just as clericalized as the clergy themselves and just as survival dependent if in a different way.)

Given that the clerical leadership appears incapable of change, where does a Catholic who has moved beyond the three ring circus find a genuine faith expression?  The responses range from leaving and blowing the whole thing off, seeking to supplement their spiritual life by double or triple dipping in other spirituality's--my solution of choice--, staying and praying and wishing and hoping, joining more compatible congregations such as the Episcopalian or Orthodox churches, forming their own emerging communities, or doing as Eugene Kennedy suggests, joining and working with reform groups like VOTF.

For this post and subsequent ones, I'm going to focus on my own choice to double dip.  There are other readers who comment on this blog who can speak far better to the other options I've listed.  Eugene Kennedy favors what I feel is more or less just a continuation of a political two party system.  Trouble is the current leadership of the current Church structure is not predisposed to work as a two party system.  It has done everything it can to insure it's survival as a one party system.

My own quest started quite a long time ago with what to me was a very personal but important question.  Just what is spiritual power and is it tangible, repeatable and useful?  According to the New Testament, for Jesus and His disciples spiritual power was very tangible, repeatable and highly useful.  Spiritual power demonstrated a direct connection to a greater reality and Jesus taught that reality was both with in us and of His father.  Pentecost was all about a purposeful enhancing of this effective form of spiritual power in Jesus's followers.  And those followers weren't limited to the original Twelve Vatican All Stars.  So what happened, because none of this effective spiritual power is demonstrated by today's Vatican All Stars.  If you look at the history of the Church with an open mind about this question, you can't help but come to the conclusion it was sold out in favor of secular power at the Council of Nicea.  From this point on there are very few in leadership positions who are connected to the Pentecostal form of spiritual power.  Expectations about Christian spiritual power in leadership begins to be radically redefined as 'mystical sacramental power' and not practical spiritual power.

This same phenomenon has happened in Native American society after it was over whelmed by White culture.  Their healers and Holy people, those folks who had connections with the greater reality, became harder and harder to find.  These all important connections, and how to make them, were getting lost.  Which is why the rez is now plagued with opportunistic half trained people who are essentially medicine wheeler dealers. They have all the clothes, all the language, a consistent ceremonial ritual, but they dont' have half the effectiveness of the preceding generations.  The more honest ones are really really trying to recover that powerfully effective aspect of their religious culture that has been lost.  But one of the problems most difficult to overcome is the farther you follow the 'red road' the more obvious it becomes that you have to live the life described in the ancestral teachings.  And that life is virtually indistinguishable from the Way taught by Jesus.  The more disconnect there is between how you actually live your life, and how the teachings say you should live your life, the more the effectiveness of the spiritual power of a ceremony gets compromised or the connections are taken over by something else.

Pretty soon one finds it's mostly all ritual and any effective power is determined by the belief of the recipient not the 'holiness' or faulty connections of the ceremonial leader.  Which is why when a ceremony doesn't do what it's intended,  it's blamed on the faithlessness of the recipient, having nothing to do with the ceremonial leader.  I bet this sounds really familiar to Irish Catholics because Benedict's solution to the Irish abuse scandal places a great deal of the fault on the faithlessness of the Irish people. The clerical culture Benedict leads can not admit to any other reason than blaming it on the laity, because to admit otherwise is to admit the Emperor and his court have no clothes.