Time To Ring Out The Old, And Ring In Christ 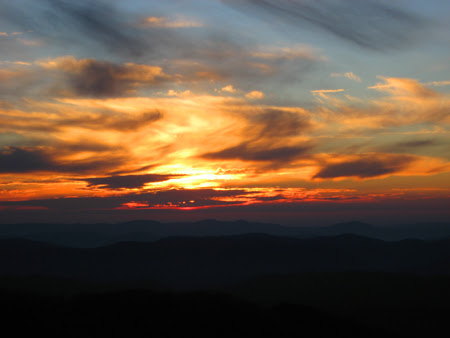 I don't know if I'm getting a little older or what, but this year has gone by extremely fast. It feels like it should be September or something. I look out my window and see snow, so Mother Nature has kept pace with the pace, but I know I haven't.

In other respects time seems to be dragging. It seems like Barack Obama was elected two years ago rather than just under two months ago. Maybe that's just me getting impatient for a change from the Bush/Cheney years, which now that I think about it, seems to have lasted three decades.

In too many respects the Bush/Cheney years actually have lasted three decades. Bush/Cheney were nothing more than a direct extension of the Reagan revolution, and since we learned nothing from the Reagan years, we get an even deeper recession and even more unfathomable debt this time around. And like last time, our corporate and family elites got a lot richer at the expense of our futures and our children's futures, and probably their children's futures. Good for them.

For the last couple of days I've been researching Pope John Paul I. That has put me back 30 years ago and has sparked a lot of memories, and a lot of connections.

1978 marked the mid point of the Carter administration. It was a time of inflation and recession and the world's poorest were paying the biggest price. AIDS was just coming on the radar screens, although most people were only aware of it if they had gay friends. Iran had 50 some American hostages and it's successful revolution had brought about the first real Islamic theocracy. Our CIA, along with Britian's MI6, was heavily involved in raising and supporting right wing dictatorships in Latin America. The Roman Catholic Church was in the midst of it's own theological war and that war revolved, not around Latin and sexuality, but around the issues of social justice, poverty, and papal authority.

John Paul I represented the liberal wing of the Church. He had some serious ideas as to how the Vatican would operate in the future. In his last television address before he died, JPI had this to say:

"Believe me, we who live in opulence, while so many are dying because they have nothing, will have to answer to Jesus as to why we have not carried out his instruction, 'Love thy neighbor as thyself'. We, the clergy of our church and our congregations, who substitute gold and pomp and ceremony in place of Christ's instruction, who judge our masquerade of singing his praises to be more precious than human life, will have the most to explain."

This Papal statement is 180 degrees away from the interests of our current Vatican which is following in JPII's reformation and precisely putting the pomp and ceremony and singing praises, above human life. JPI believed the Church had amassed it's gold and opulence on the backs of the poor, and it should start giving it back to the people from whom it was taken. In some respects, Jimmy Carter was the American equivalent of JPI. In both situations they paved the way for the resurgence of the right.

Some of the things I learned do not fit well into the myth of St John Paul II the Great. Within days of his election to the papacy he authorized a 250 million dollar renovation of Castel Gondolpho and the Papal palace. The heated papal swimming pool at Castel Gondolpho is probably the most famous. The very next day after his election he put the Vatican bank directly under his own control, meaning he was not accountable to the curia for any of his transactions with regards to this bank.

The Vatican Bank is not a bank so much as a financial clearing house for religious organizations and Peter's Pence. It's day to day management was in the hands of members of Opus Dei, and it did numerous transactions for a group of neo fascist Free Masons known in Italy as P2. In fact the treasurer of both the Vatican Bank and the P2 was the same member of Opus Dei. The biggest religious institutional depositor, by far, was Mother Theresa. JPII's renovations were financed by this bank. Under his laisez faire leadership it became a major source of money laundering for the Mafia.

Today the Vatican Bank still makes the top ten on a list of financial institutions suspected of money laundering. This is not surprising given that it is completely free from international scrutiny and answerable only to Benedict. It's lack of transparency and recent history, make it ripe for this list. "By their fruits you shall know them."

I'm not making any of this up. Do a simple google search and you will be directed to The Vatican Bank scandal. There are numerous citations of testimony from court cases involving all the major players except for the ones JPII protected with diplomatic immunity when he made Opus Dei a personal prelature. The prelature decree was post dated to the day before the scandal blew up in his face. Somehow he still managed to come up with 250 million dollars (this is close to a billion in today's money) to return to investors whose money had been 'lost' through Vatican Bank transactions. The numbers of assassinations and 'suicides' associated with this scandal is mind boggling.

I bring all this up to explain something we will all see more of in the coming year. One of JPI's assertions is that greed and bigotry go hand in hand. Someone must be put down in order for other's to climb over to keep their excessive portion of the pie. When threatened, the powers that derive the most benefit from unequal distribution of wealth, identify an 'other' to stir up fear in populations to keep themselves in power. After the depression, it was the Jews. In this deep recession, just like the one Reagan put us into, it will be gays and abortion, but mostly gays. The powers don't give a damn about gays. They do care about how the issue plays politically. It plays well, far better than abortion, especially with minority groups.

The object is not to convert the left, or the right, the object is the center. It was the centrists in Germany who brought Hitler to power, and by the time they woke up, he had already made his position certain and unchangeable. The International wealthy, who have no national allegiance, will use the collusion of the Vatican to play the gay card against the center. GW Bush even went so far as to travel to the Vatican in 2004 to ask that more pressure be put on American Bishops to speak out on the gay and abortion issues. This pattern will continue and intensify.

My hope is that in 2009 more Catholics will begin to understand that the Vatican (as opposed to the Church) is very much a political organization before it is a spiritual organization. I hope that more Catholics will look into the connections between Opus Dei and the intelligence and financial communities. Opus Dei has way too much influence in the Vatican. I hope Catholics will look past the "gays threaten civilization' garbage, understanding these are the same things said about the Jews during the last Great Depression.

I hope people will read this article so they can see how this scenario played out for the German industrialist Fritz Thyssen and his good American buddy George Prescott Bush and really really understand there is no such thing as National Interests when it comes to making and keeping personal family fortunes.

I hope Catholics come to understand that the real oppressors and threats to humanity are those who are bound and determined to keep the world enslaved to unfettered unregulated greed. It's time we understood that the Vatican has amassed a great deal of wealth through criminal capitalism and that it too has thrived on the poverty of others. It's time to stop confusing the Vatican with Christ and way past time to hear the words of John Paul I. "It is the inalienable right of man to own property. But it is the right of no man to accumulate wealth beyond the necessary while other men starve to death because they have nothing." May 2009 bring the Change We Seek.
Posted by colkoch at 8:57 AM