A Very Neglected Story From 2008 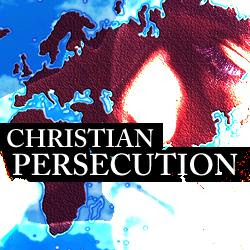 John Allen posted his year end top ten neglected stories on the National Catholic Reporter website, and I really have to agree with him about the story he listed as number one--at least from a global perspective. Here is his analysis:

1. The Crisis in India

The anti-Christian violence that broke out in India over the summer was hardly just a Catholic story, but Catholics were dramatically affected: A lay Catholic missionary was burnt alive as she tried to rescue children from a church-run orphanage; a young nun was raped; parishes, convents, hospitals and schools were sacked. Beyond the human toll, the crisis offered an important wake-up call. India is a rising power, but it also faces a rapidly metastasizing form of Hindu extremism. If things break the wrong way, the Indian subcontinent could become the new Middle East -- a perpetually destabilized region whose animosities seed conflict around the world, radicalizing a global Hindu diaspora.

India is also a great 20th century Catholic success story. The church exploded from less than two million faithful to 18 million, and by 2050 there could be almost 30 million Indian Catholics. It’s an inspiring social as well as spiritual triumph; some 60 to 75 percent of Indian Catholics are either from rural tribes or the “untouchable” caste, and both groups experience the faith as a liberating force from oppression. All of that, however, could be at risk if India can’t resolve its cultural and religious tensions. American Catholics may be in a special position to help, given that improving relations with India has been one of the few foreign policy success stories of the Bush administration. (John failed to mention that 85% or better of Catholic clergy are Brahman. The caste system, at least at this time, is still mirrored in Catholicism.)

Although I haven't posted much about the situation in India, I have followed events there with a great deal of concern. The recent attack in Mumbai is another example of the religious extremism the secular government in India faces. Given the ongoing Pakistani border conflict over the Kashmir province and the recent attacks from Islamic terrorists, expecting the Indian government to do much about the Hindu persecution of Christians may be a little naive.

Allen's point about this area and it's potential for becoming a new Middle East is undoubtedly being taken much more seriously by our government than our media would credit. Both India and Pakistan are nuclear powers, a situation which does not yet exist in the Middle East in which only Israel has nuclear capability. Our future fear for the Middle East is a reality in this region.

There are other similarities between the two situations for Christians. In both cases a nexus of three different faith systems puts Christianity on the bottom of the religious pile. The plight of Christians in Palestine and Iraq is mirrored in the southern states of India. As with Israel, the fate of a minority of Christians is not a particular burning issue for the majority of the Indian populace. Given the recent attack in Mumbai, it's hard to blame them.

In both situations the US has serious vested interests and seems to be the major outside power broker. Under the Bush administration the US has not given much of a voice to the persecution of Christian minorities in either situation. For the Bush administration economic interests have always taken first priority, oil in the Middle East, and corporate outsourcing and import/export factors in India. It remains to be seen how the incoming Obama administration will deal with these two situations, but I have doubts as to how loud the US voice under Obama will be when it comes to the persecution of Christian minorities.

In my mind, Islamic terrorism is all about attacking the prevalent economic powers in a given region. It has nothing to do with spreading the word of Allah or defending Allah from infidels.

Christianity's problem is that historically it has spread hand in hand with the economic exploitation of indigenous populations. In too many cases indigenous people, through naivete or coercion, have traded their assets on earth to Western colonial and economic powers for a religious promise about a future kingdom of heaven. It is a legacy that can't be denied and is used by extremist religious groups to justify attacks on Western economic powers and their ethnic allies.

The secular Christian west may be better off recognising religious terrorism as a function of wealth distribution rather than religious fanaticism. As long as the focus is on religion, we play into the very hands of the terrorists who have determined to use religion to define the playing field. The Israeli's have taught their terrorist opponents a lot about playing the religious card, because they themselves have undergone a Christian history which was all about playing the religious card against them.

In many respects the Christian west is reaping the seeds sown in it's past history, but that history had far less to do with Christ and far more to do with economics. Maybe it's time we admitted this before someone's nuclear weapons go off in India or the Middle East in the name of someone's 'God. None of this is about God, it's about distributing finite and shrinking global assets.